After what seems like forever, the release date of So I Married An Anti-Fan has finally been announced – the drama is set to air on 30th April 2021. The casts’ 1st script reading was held on 20th August 2018, and filming of the drama began soon after. They wrapped up filming and post-production just in time for Choi Tae-joon’s military enlistment in August 2019.

However, it was later reported that the drama was in danger of being scrapped due to difficulties in finding a broadcast station in Korea to air the drama, despite already having the rights of the drama sold to more than 160 countries.

But the wait is over – we’ll be seeing this drama air at the end of this month.

Synopsis of So I Married An Anti-Fan So I Married An Anti-Fan is a rom-com that follows a romance blossoming between a top star and a magazine reporter. Joon was spotted dumping his ex in a club and bumps into Lee Geun-young (Choi Sooyoung), who accidentally snaps a picture of him. In an effort to protect his image, Hoo Joon ruins Geun-young’s career, and that’s how she became his anti-fan.

Somehow, the two get entangled in a chain of events, and they end up living together under the same roof. Back in the day, JJ (Chansung) and Oh In-hyung (Han Ji-an) trained together with Joon. The trio fell out eventually due to conflicts between each other – which we’ll find out more about in the drama – and went their own ways to pursue their dreams.

The rich kid JJ is now a CEO of an entertainment agency, and In-hyung is a rising actress. So I Married An Anti-Fan will be released on 30th April 2021 in over 190 countries worldwide via Viki, Naver TV, and iQIYI.

Catch the trailer of So I Married An Anti-Fan below: 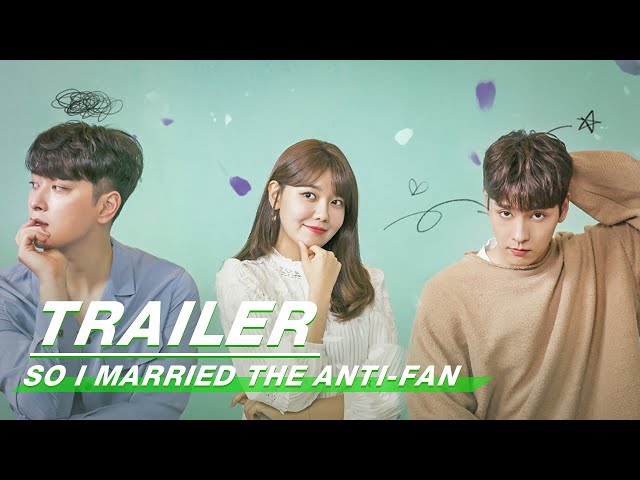 Official Trailer: So I Married The Anti-Fan | 所以我和黑粉结婚了 | iQiyi

The time has come for us to see the fruits of the cast and team’s efforts in producing So I Married An Anti-Fan. We can’t wait to see how the show turns out! 20 SHINee Songs You Should Listen To Besides Ring Ding Dong Before Calling Yourself A Shawol
The Hyundai Seoul: A Forest-Inspired Mall With 8m-Wide Pathways For The Comfiest Shopping Experience