Fans of Korean food are most likely already familiar with grilled pork belly, kimchi stew, and bibimbap. But true connoisseurs would have tried soft tofu stew, cold soybean noodles, and even cheonggukjang. Which category of #foodie do you belong to? Check out our list of popular Korean foods to find out.

1. Try soft tofu stew if you like kimchi stew The soft tofu stew, also known as sundubu-jjigae, is similar to kimchi stew as both dishes are made with ripe kimchi.

However, kimchi isn’t the star ingredient for sundubu-jjigae. Instead, it’s soft tofu that takes centrestage with its silky texture and satisfying taste.

Besides soft tofu, ingredients such as clams and enoki mushrooms are also included in sundubu-jjigae. The addition of seafood gives the broth a deeper flavour, and vegetables such as mushrooms and zucchini provide additional nutrients and a nice crunch.

The final touch to a perfect bowl of sundubu-jjigae is a freshly cracked egg.

Also, did you know that soft tofu is a great addition to level up your regular instant ramyun dish? SHINee’s Key shared his favourite way to cook ramyun on episode 405 of the variety show I Live Alone, and it went viral for two main reasons: anyone can easily follow the recipe, and it’s simply delicious. 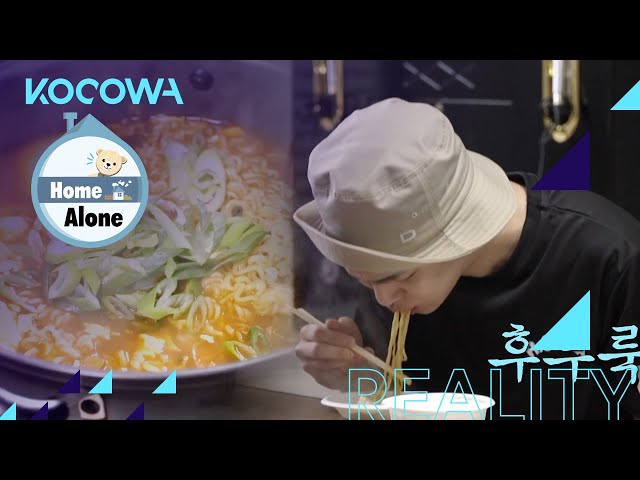 2. Try mung bean pancake if you like Korean pancakes Mung bean pancakes, also referred to as bindaetteok or nokdujeon, is a savoury pancake made with mung beans, vegetables, and meat.

Bindaetteok is usually eaten on New Year’s Day. Traditionally, grandmothers and mothers in Korean households would pan-fry mung bean pancakes on their living room floor while chit-chatting about life.

Besides having bindaetteok on the first day of the year, it’s also commonly eaten in wet markets.

In fact, the pancake was featured on the Netflix documentary Street Food. You can refer to the Gwangjang Market episode if you’d like to learn more about bindaetteok. This is a popular combination among Koreans as the savoury taste of the pancake mellows the bitterness of the makgeolli.

Watch Super Junior’s Kyu-hyun taste-test a variety of food to find the best match for makgeolli: 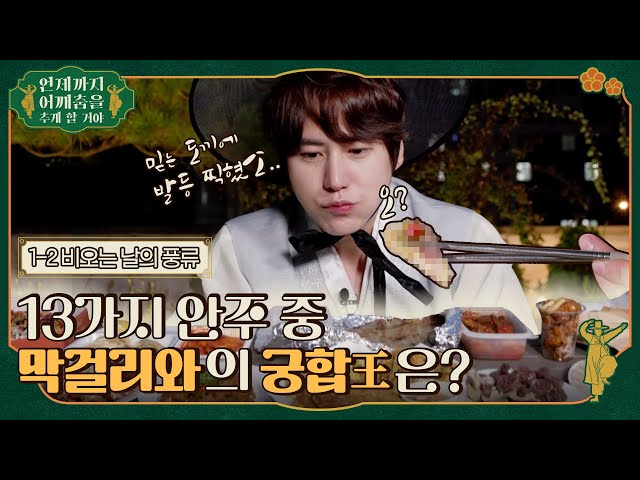 If you’re a fan of grilled pork belly, also known as samgyeopsal, you need to try gopchang (intestines of cows and pigs).

At first glance, gopchang looks similar to samgyeopsal as both dishes are grilled in a similar fashion.

But the key difference lies in their taste and texture – samgyeopsal tastes slightly meatier than gopchang, while gopchang is chewier with bursts of fatty juice. The idea of ingesting a cow’s intestine sounds distasteful at first, but you will regret giving gopchang a miss merely for this reason.

In fact, gopchang went sensational in 2018 thanks to Mamamoo’s Hwasa!

When she made an appearance on I Live Alone, she visited a gopchang restaurant and finished two servings of gopchang all by herself.

Her mukbang went viral on the Internet, and the video made millions of netizens salivate.

Check out Hwasa’s mukbang here. Those watching this on an empty stomach, you’ve been warned: 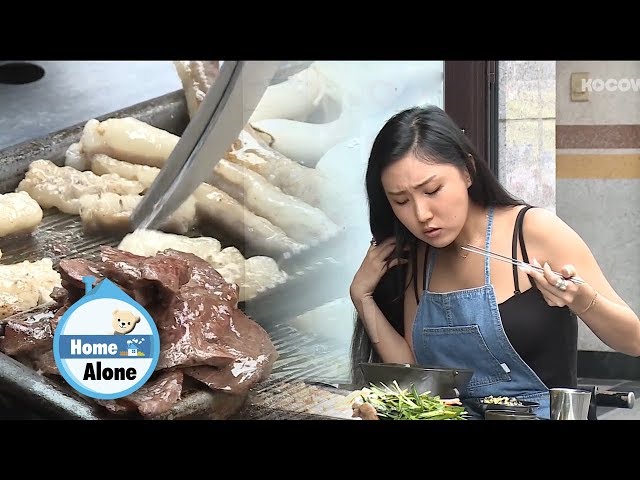 The trick to maximising your gopchang experience is to conclude it with fried rice. It’s important that you cook the fried rice with the remaining oil from the gopchang.

If it’s your first time trying out the fried rice hack, you can always ask the staff at the restaurant for help! They’re the professionals, after all. We’ve talked about decadent dishes such as gopchang and samgyeopsal, but is the majority of Korean food unhealthy? Of course not.

Bibimbap may ring a bell since it’s one of the most popular Korean dishes, but its cousin, gondre rice, is something else.

“Gondre” is also known as the Korean thistle, and it’s usually found in the mountainous areas of Korea. Once you steam it, the tough and hard stems of the plant becomes soft and easy to eat.

The best part of gondre rice is how fragrant it is. While bibimbap is all about the fun of mixing a variety of colourful ingredients, gondre rice awakens your sense of smell. Fun fact: gondre rice is also served in Korean temples! If you ever get to experience a temple stay in Korea, you might get to eat a bowl of gondre rice.

Rest assured that gondre rice is good for your body, just like the other dishes served in temples.

In Korean restaurants, gondre rice is usually served with seasoning made with soy sauce, sesame oil, and sliced chilli. Mix the gondre rice with as much seasoning as you like, and you’ll get a fulfilling meal. If you’re a fan of bulgogi, we’re certain that you’d like jeyuk-bokkeum too. “Jeyuk” refers to pork, while “bokkeum” means “stir-fried”. Together, you get “stir-fried pork”.

Jeyuk-bokkeum is often confused with bulgogi as both dishes are stir-fried. However, the former uses pork, while the latter uses beef.

Besides eating this in most Korean households and restaurants, jeyuk-bokkeum is often served as part of school meals. This is because pork is more affordable than beef, which means there’s less monetary burden for schools to prepare jeyuk-bokkeum for mass consumption. Although pork shoulders with some fat are commonly used to make jeyuk-bokkeum, you can also use pork belly if you’re all about that juicy meat.

Here’s one of the most famous recipes by chef Baek Jong-won: 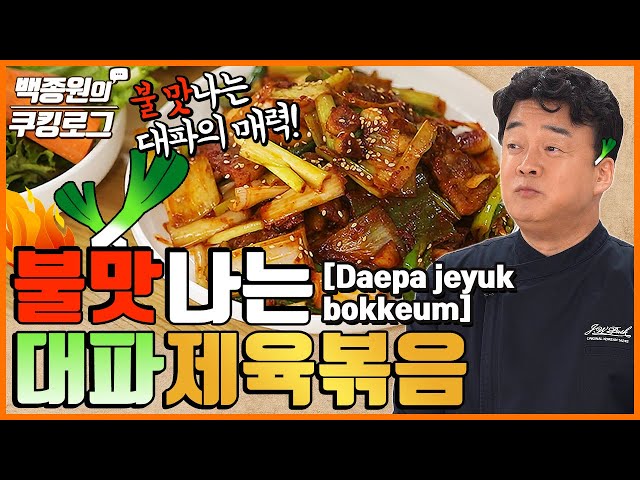 Known as one of the most popular dishes to have during sultry summers, cold soybean noodles, or kong guk-su, is rivalled by the famous naengmyeon (cold noodles).

Similar to naengmyeon, kong guk-su is meant to be eaten cold. It’s primarily made of wheat flour noodles soaked in a creamy broth, and topped with sliced cucumbers. What makes this dish special is the viscous consistency of the broth, which is rich in flavour.

Kong guk-su may look like a simple dish that can be easily and quickly prepared, but this isn’t true.

You’d need to soak the soybeans and then grind them to get the broth, which means it requires a lot of effort and time to complete the dish.

But it’s no hassle to try kong guk-su as most Korean markets sell the broth in a bottle! And if you’re making a trip to any of the wet markets in Korea, you’ll be able to find at least one store that serves cold soybean noodles. Similar to an army stew, there are several ingredients in rabokki that spice the dish up instantly.

Dumplings, rice cakes, sausages, and most importantly, cheese – these are some of the best ingredients you can add to your rabokki. Also, rabokki is a popular bunsik (inexpensive shared Korean meal). It’s not difficult to locate a Korean restaurant that serves rabokki because it’s commonly eaten among people of all ages in Korea.

If there are no Korean restaurants around you, fret not as making rabokki is easy-peasy.

Here’s a recipe that will teach you to make rabokki in just one minute: 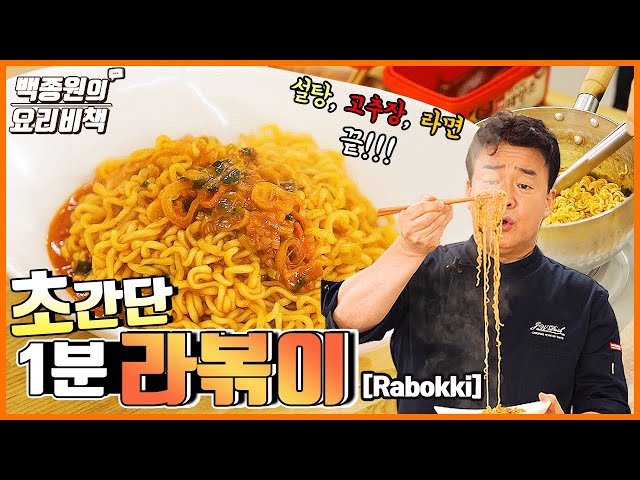 Kalguksu, also known as handmade knife-cut noodles, is one of the most refreshing noodle dishes you can get in Korea.

There are a few variations of this dish – some are made with a seafood soup base, while others are made with a chicken soup base. Also, kalguksu can be made spicy, although traditionally, the non-spicy version is served.

Here are 10 of the most popular kalguksu restaurants in Korea: 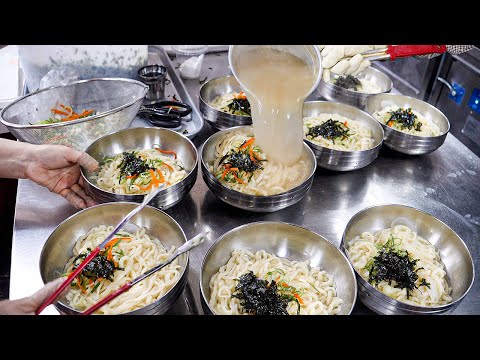 However, you can easily tell them apart as cheonggukjang has a pungent smell that may make first-timers recoil in disgust.

But as the saying goes, “don’t judge a book by its cover.” In this case, don’t be too quick to judge a food by its smell as cheonggukjang will grow on you the more you try it.

Next time you see cheonggukjang paste in a Korean store, why not purchase it and give it a try?

Catch Father Baek in action as he teaches you how to cook cheonggukjang: 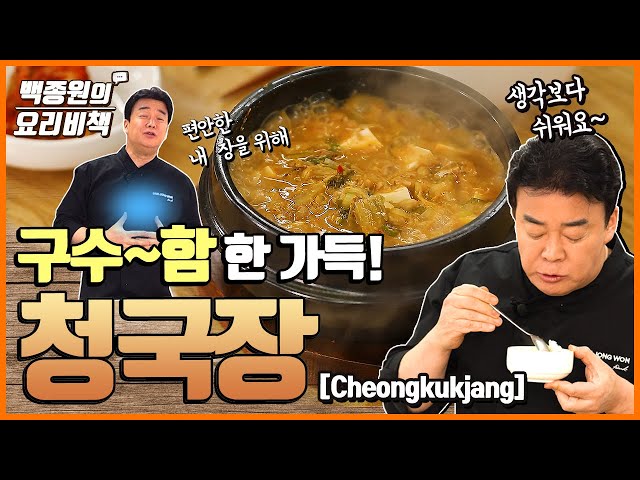 Popular Korean foods that will broaden your horizons

This is a sign to broaden your food horizons and step out of your comfort zone. Popular Korean foods are a safe start, and we hope you find joy in finding dishes that could become your new favourite. So give it a go – if you never try, you’d never know! 11 Horror Korean Dramas That Will Make You Regret Watching Them In The Dark
9 Aesthetic Korean Vloggers To Watch When You Need To Unwind & Forget About All...