According to her recent interview with Allure Korea, Park Eun-bin turned down the offer to star in Extraordinary Attorney Woo several times as she wasn’t confident about accurately portraying the role of Woo Young-woo, and worried that her acting might unintentionally offend viewers. On top of her Extraordinary Attorney Woo offer, she was also offered a role in The King’s Affection, which co-starred SF9’s Rowoon.

However, the Extraordinary Attorney Woo director and writer believed that Park Eun-bin was perfect for the role. The team waited about a year for Park Eun-bin to complete her filming for The King’s Affection.

2. She always brings a children’s trolley backpack to filming sites While it is common for female celebrities to carry handbags to work, Park Eun-bin prefers functionality over aesthetics. In her What’s In My Bag video, she showed off her children’s trolley backpack, which she always brings to filming sites.

Instead of getting a plain trolley backpack, Park Eun-bin opted for a pink floral one. She also proudly shared that she chose the backpack because it had wheels that lit up.

In the same video, Park Eun-bin also shared her love for rabbits and that she bought an earphone pouch and a makeup pouch with rabbit motifs on her trip to Taiwan.

Watch her What’s In My Bag video here: 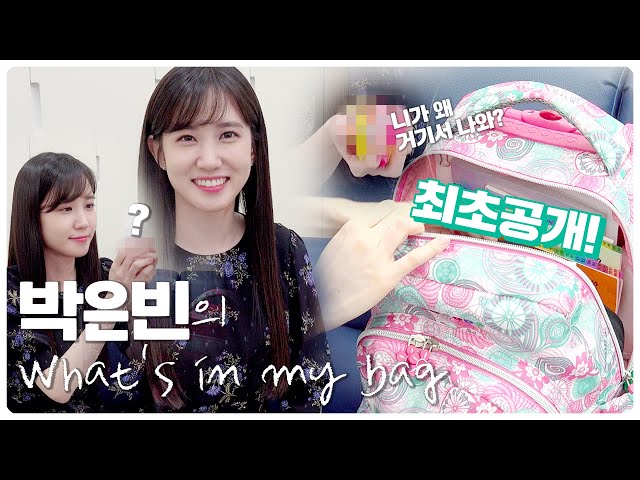 After the two Koreas split, a barbed wire fence was installed along the demilitarised zone (DMZ) to separate the North from the South. Normal citizens weren’t allowed to cross the border, but that changed when Park Eun-bin became the first civilian to do so in 2002.

This momentous occasion came about because North and South Korea cooperated to rebuild disconnected portions of the Gyeongui Line and Donghae Line that originally linked the two Koreas. At the groundbreaking ceremony for the two railways, Park Eun-bin played the role of a North Korean girl in a peace-symbolising performance.

Due to her role, she got to cross over to North Korea and walked back to South Korea during the performance.

On the Korean variety show Happy Together, Park Eun-bin shared that her life was actually in jeopardy during the performance.

As North and South Korea only started clearing landmines in the DMZ in 2018, Park Eun-bin was at risk of accidentally stepping on landmines. Thankfully, she was safe and had an outstanding performance.

Watch her talk about her experience here: 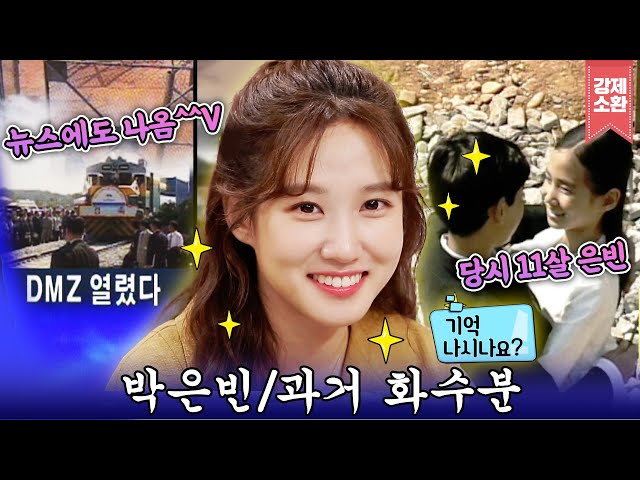 Historical dramas rose to fame when the legendary drama Dae Jang Geum, also known as Jewel in the Palace, first aired in 2003. The drama poster for The King’s Affection.
Image credit: KBS

Starting as a child actress, she often played roles such as young princesses or the younger versions of the leads. As she grew older, she got to play the role of the queen, and in her most recent historical drama, she even played the role of a crown prince.

To find out why she played the role of a crown prince, watch the trailer of The King’s Affection here: 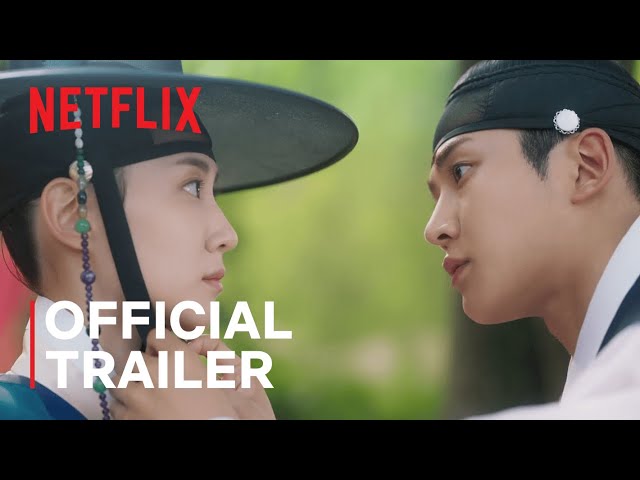 5. She does a signature pose whenever a drama filming is completed It is always hard to bid farewell to a drama, considering we’ve invested the past few months watching the series. It is also tough for Park Eun-bin to move on from a drama whenever filming comes to an end.

Park Eun-bin doing her signature pose at the end of Do You Like Brahms?’s filming.
Video adapted from: @namooactors

Whenever filming wraps up, she updates her fans with a photo of her holding a handwritten note, the drama’s script, or a bouquet while making her signature “ppu-eng” pose – wiping her tears away. The promotional poster for Do You Like Brahms?.
Image credit: SBS

If you have watched the drama Do You Like Brahms?, you will know that Park Eun-bin is great at playing the piano and violin.

Park Eun-bin used to take piano and violin lessons when she was young and was excited to flex her skills in the drama. But despite having taken violin lessons in the past, she forgot how to play the violin. Hence, she spent three months re-learning the violin to deliver an authentic performance.

Watch her learn to play the violin here: 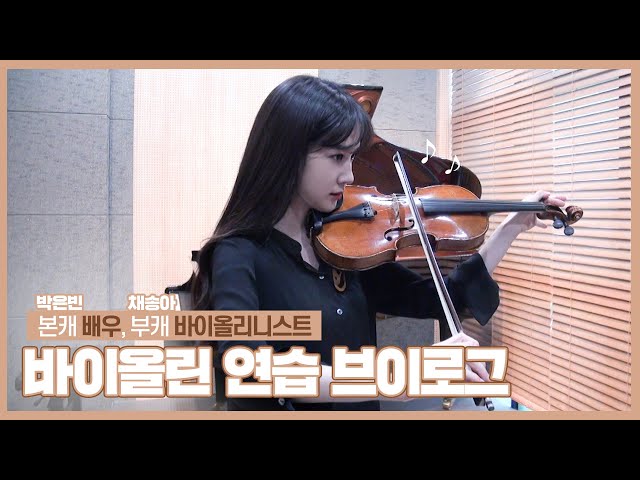 Park Eun-bin’s piano skills have impressed many netizens. She can play the piano proficiently without having to look at scores, which is a skill that takes years of practice.

For her cameo in episode 18 of the drama Entertainer, Park Eun-bin learned to play the drums in 3 days. And yes, she aced drumming too!

Watch her play the piano here: 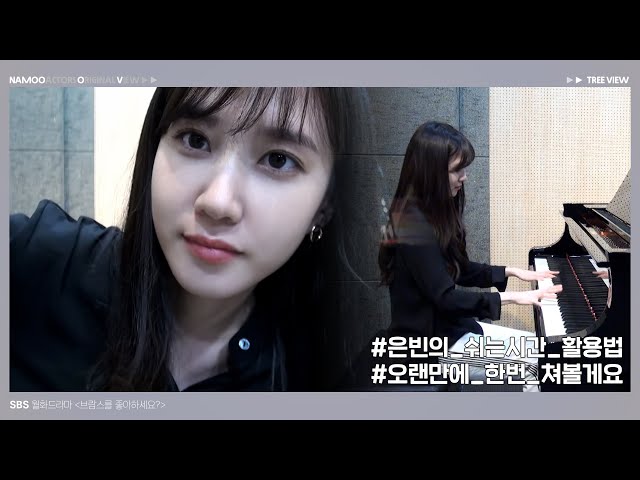 7. She has a double degree Park Eun-bin isn’t just a pretty face – she is also a woman of intelligence. She graduated from Sogang University with a double degree in Psychology and Journalism and Broadcasting, and she spent her twenties diligently studying while acting at the same time. In 2011, there were rumours that Park Eun-bin received special treatment and was accepted into Sogang University’s Psychology department because of her celebrity status. Her school and classmates quickly testified that Park Eun-bin was a hard-working student who got into the school based on her own merits.

Sogang University also shared that Park Eun-bin was well-respected and acknowledged for her intelligence. Despite having to juggle studies and work, Park Eun-bin still took on the role of the class president and maintained a positive attitude in school.

8. She debuted as an actress at 6 years old While we were busy having tea parties with our dolls or making mud pies as 6-year-olds, actress Park Eun-bin was already acting professionally. She made her official debut as a child actress in the drama White Night 3.98, where she played Choi Min-young, the daughter of actor Park Sang-won. If you think that debuting at 6 sounds crazy, wait till you hear that Park Eun-bin debuted at 4 as a child model for the children’s clothing catalogue Pippy-삐삐.

Since her debut in 1998, Park Eun-bin has been consistently acting throughout the years without taking a break.

From being a child model to the main lead in dramas, Park Eun-bin’s vast experience over the years has helped her become the respected actress she is today.

9. She sang her OST for Operation Proposal Park Eun-bin got her first lead role in the drama Operation Proposal (2012), where she played the first love of the male lead played by Yoo Seung-ho.

In episode 11, Park Eun-bin surprised the viewers by singing Story Of A Little Love, which was included in the original soundtrack (OST) of the drama.

Park Eun-bin shared on the radio show Volume Up, hosted by Kang Han-na, that she felt embarrassed about singing the OST. She added that the singer who sang the Pororo theme song did the song guide, so she thought she should sing it in a cute voice too.

Listen to her OST here: 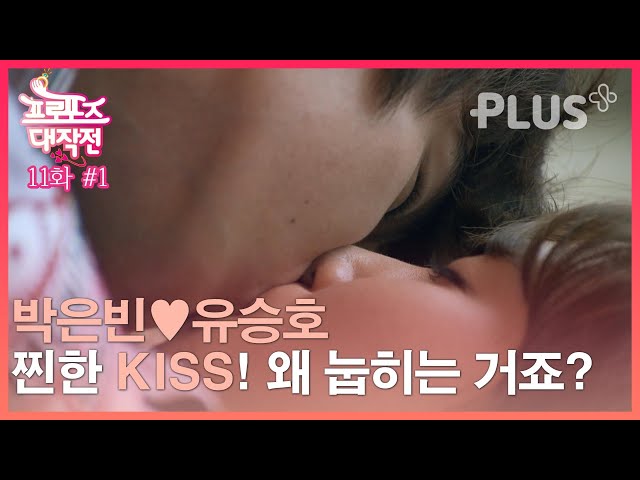 In 2002, Park Eun-bin was cast in the Korean comedy program Gag Concert. She made a fixed appearance from 14th April to 14th July in a segment called Sudaman, which roughly means “talkative man”.

The segment revolves around a young girl calling for Sudaman to help answer her queries. Sudaman, as his name suggests, provides a long-winded explanation to the girl’s question. There was even a segment within Sudaman where Park Eun-bin would tell a joke related to the episode’s topic.

Comedian Kang Seong-beom took on the role of the talkative Sudaman, while Park Eun-bin played a little girl who looks to Sudaman to answer her queries. 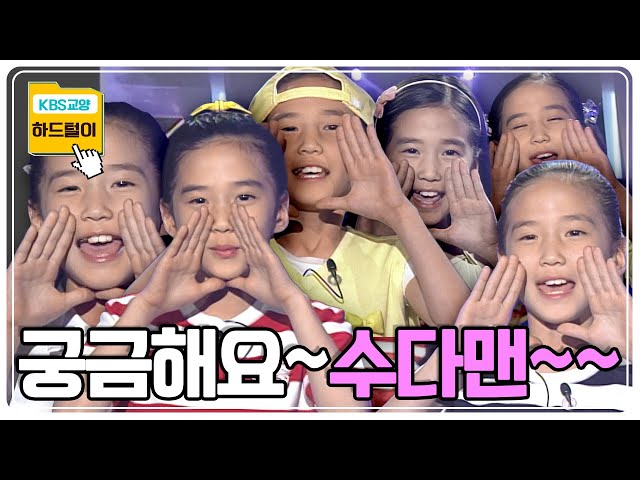 11. She has one of the rarest blood types The 4 main blood types are A, B, AB and O, while the Rhesus (Rh) protein determines if you have a negative or positive blood type.

Only 0.3% of Koreans have Rh-negative blood types, and Park Eun-bin is one of them. She has A- blood, making her blood type one of the rarest in the country. Due to the rareness of this blood type, there is always insufficient Rh-negative blood in blood banks, which may have caused Park Eun-bin to be more conscious about her health since she was young.

Park Eun-bin facts that will make you fall for her

Park Eun-bin started her acting career at a very young age. She is a humble and down-to-earth person who often helps rookie actors with their acting.

Despite acting in many dramas and movies since she was young, Park Eun-bin only managed to get into the limelight with her role as Lee Se-young in the hit drama Hot Stove League. But since then, all her dramas have received love from the viewers.

If you haven’t watched Extraordinary Attorney Woo, you can look forward to Park Eun-bin’s professional and realistic acting.