Money Heist Korea is the Korean adaptation of the thrilling Spanish series of the same name, set in a Korean Peninsula on the cusp of reunification. The operation involves a group of individuals who overtake the mint and attempt to carry out the biggest heist in history. Here are 10 Money Heist Korea facts that may just convince you to binge-watch it.

1. The new masks used have a cultural significance Image adapted from: Netflix and Netflix

If you’ve watched the original version of Money Heist, you’d remember how the characters donned Dalí masks, which were characterised by a distinctive moustache detail.

The Dalí masks are linked to Salvador Dalí, a Spanish surrealist artist who is the symbol of revolution as his works had rebellious overtones.

In the Korean remake, the cast donned Hahoe masks instead. Hahoe masks are used in traditional plays to criticise and satirise the upper class. Park Hae-soo even sent over some Hahoe masks to the original cast of Money Heist, and they responded by taking pictures with the masks to show their appreciation! Talk about a heartwarming sight.

2. The original creator is involved in the remake The original writer for the Spanish series, Àlex Pina, was credited as a writer for the first episode, alongside Rye Yong-jae, Kim Hwan-chae, and Choe Sung-jun.

He also contributed as the executive producer for the Korean remake of Money Heist, and helped the Korean writers develop their plot.

3. The cast trained with a dialect coach Thanks to Squid Game, the Netflix series that became a worldwide phenomenon, Park Hae-soo is now a familiar face to many.

In Money Heist Korea, he takes on the role of Berlin, who escaped from a concentration camp and became the most wanted man in North Korea.

To master the North Korean dialect, he trained with a teacher from North Korea, who taught him how to pull off the Pyongyang and Hamgyong dialects. Park Hae-soo even studied the teacher’s life story to gain a deeper understanding of their culture. For Kim Ji-hoon and Lee Won-jong, who played Denver and Moscow respectively, they also had to train with dialect coaches to deliver the strong Gyeongsang dialect properly.

4. The actress who played Nairobi is a top Korean model Just like how her character is bold and free-spirited, Jang Yoon-ju, who plays Nairobi, is a top Korean model who manages to look confident and chic in all her photoshoots.

She began modelling in 1997 when she was just 17 years old, and has now made her mark as one of the most successful Korean fashion models in the country, conquering the runway for almost 2 decades.

Besides modelling, she has also made a name for herself in acting thanks to her role in Veteran (2015), an action and crime movie.

5. A Korean independence activist was printed on the bills

If you were observant enough, you’d realise that many cultural details have been peppered throughout the series. One such example is how Yu Gwan-sun, a Korean independence activist, was printed on the money bills.

Yu Gwan-sun took an active role in the 1919 independence movement against Japanese colonial rule in Korea when she was just 17.

Because of her work, she became a national hero and the face of Korea’s collective yearning for freedom.

6. The director expected mixed reviews from the start In an interview with The Korea Times, Money Heist Korea director Kim Hong-sun, revealed that a mixed response from the audience was inevitable, given the global success of the original Spanish version.

Nonetheless, the director believes that it’s only right for them to stay true to the original plot, and he hopes that the audience will appreciate the uniquely Korean elements that were added to the series.

7. The actor who played Arturo starred in Parasite If you’ve watched the original version of Money Heist, you’d agree that Park Myung-hoon is the perfect Arturo.

Park Myung-hoon gained global recognition in his role in Parasite (2019) – he took on the role of Geun-se, the creepy man who lived in the basement of a rich family’s home.

In Money Heist Korea, he stars as the Korean Arturo, Cho Young-min. Cho is the arrogant director of the United Korea Mint, and he’d stoop to anything to ensure his own survival.

Even Park Myung-hoon himself agreed that his character is an evil person, and that he’s worse than the bank robbers. Unlike the Spanish version of Tokyo, who is more passionate and rebellious, Jeon Jong-seo decided to give her own spin on her portrayal of Tokyo. Her version of Tokyo is a calm and cool-headed Gen-Z from North Korea. After being awarded best actress at the 57th Baeksang Arts Awards for her role in The Call (2020), Jeon Jong-seo snatched her first Hollywood film, Mona Lisa and the Blood Moon (2021). In it, she starred alongside Zac Efron and Kate Hudson.

It’s no wonder that Jeon Jong-seo was great fit for Tokyo, as she’s a seasoned actor who has proven her acting chops.

9. The actor who played the Professor is smart IRL The Professor is a quick-witted and mysterious man who’s also the mastermind behind the biggest heist in history.

The veteran actor has already earned several degrees, including a bachelor’s in Theatre Arts at Dankook University, a master’s in Film and Multimedia at Chung-Ang University, and another master’s in Social Services at the Catholic University of Korea.

As if the list wasn’t already long enough, Yoo Ji-tae will also be taking on another master’s in Policy Making and Planning in the Film and Animation industry at Chung-Ang University.

We wonder how the actor manages to juggle his studies and his busy acting career, but there’s no doubt that Yoo Ji-tae is the best fit for his intelligent role as the Professor. While there hasn’t been any word on a Season 2, fans can still anticipate a part 2 of Season 1 as Netflix confirmed that the series would be 12 episodes long.

The first 6 episodes were released on June 24th, and the next few episodes will likely be released in the second half of this year.

Money Heist Korea facts that will enlighten you Despite the pressure of having to do the original version justice, Money Heist Korea has already garnered global attention and climbed up Netflix’s global charts.

Even if you have not watched the original, we assure you that the riveting plot of the Korean adaptation will keep you on the edge of your seats and leave you hyped up for Part 2.

Catch the teaser here if you haven’t watched it: 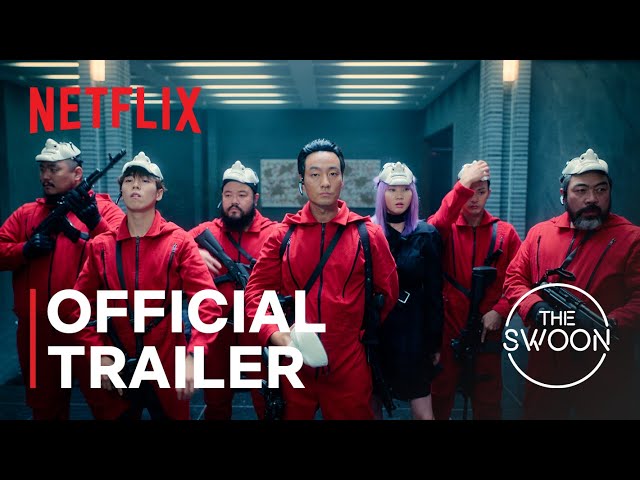