Silk is an upcoming live-action MARVEL TV series produced by Sony Pictures. The series will be produced by Phil Lord and Chris Miller, who also produced Spider-Man: Into The Spider-Verse (2018). Image adapted from: Kdramalove and KissAsian

Out of the lineup, Bae Suzy and Park So-dam stood out and garnered attention from Korean media outlets. Silk, also known as Cindy Moon, was created by Spider-Man writer Dan Slott. Like Peter Parker, the Korean-American teenager was bitten by the same radioactive spider and developed spider-like abilities such as sticking to walls and shooting webs from her fingertips. However, instead of making her superhero debut immediately, Cindy Moon was locked away by Ezekiel Sims, a rich businessman who trained her powers while protecting her from Morlun, an interdimensional villain. Cindy Moon finally made her comic debut in 2014, in Amazing Spiderman Vol 3 #1. Interestingly, Cindy Moon’s first costume and mask were spun out of her own webs. 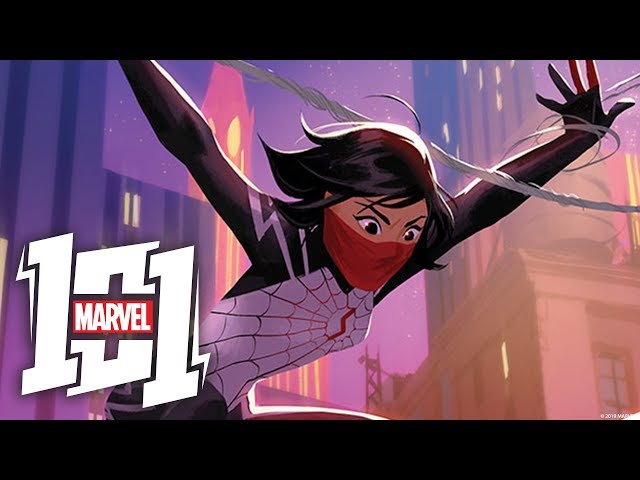 Cindy Moon made her first onscreen appearance in Spider-Man: Homecoming (2017).  She was played by Tiffany Espensen. Bae Suzy, a former member of girl group Miss A, made her acting debut in 2011 through the hit drama Dream High. She has shown a great improvement in her acting skills over the years, making her an ideal candidate to play Cindy Moon. Suzy is no stranger to action scenes after playing Go Hae-ri in Vagabond (2019). Her swift movements and ability to pull off stunts in the drama makes her suitable for the role of Silk, a superhero who is bound to have many action scenes. Another strong candidate is Park So-dam, who delivered an exceptional performance in the award-winning film, Parasite (2019), as Kim Ki-jung. The experienced actress made her acting debut back in 2013, when she started off with a variety of minor roles. Park So-dam as Yeon-duk (left) in The Silenced (2015)
Image credit: The Movie Beat

Park So-dam’s breakthrough role came in 2015, when she played Yeon-duk in The Silenced. Park So-dam‘s strong acting portfolio and her ability to adapt to a variety of roles suggests that she will also do a good job at playing the role of Silk.

Suzy and Park So-dam may potentially appear in Silk

It’s exciting to see a Korean-American superhero leading a TV series and possibly being portrayed by a Korean actress. While you wait for more updates on the cast of MARVEL’s Silk, watch Suzy in her upcoming drama Start-Up, which will be aired on 17th October 2020, and Park So-dam in Record of Youth, which is currently airing.

Check out other K-culture news: