We love everything convenient, from online shopping to one-pot meals. As long as it’s fuss-free, we’re definitely up for it. So it’s no surprise that we’re in love with the mighty air fryer and all the things it can do. You can heat up frozen fried food and make it perfectly crispy, roast a whole chicken with minimal cleanup after, and even bake a cake with it. The air fryer can also be used to make Korean snacks – perfect finger food for your next K-drama bingeing session. We’ve sussed out 8 Korean snacks you can make with an air fryer so you can have a taste of Seoul, literally. This snack is known as nurungji in Korea and locals can get it at most Korean supermarkets. But for those who can’t get hold of this snack outside of Korea, you can simply make it at home with leftover rice.

You don’t need much to make this snack. Besides cooked rice, all you need is an air fryer and some parchment paper. Cold leftover rice that’s been stored in a fridge will give you the best results. Image adapted from: The Kitchen DANDY

Korean rice cakes come in different shapes and sizes, and the tubular kind used in tteokbokki is probably the most well-known. This recipe calls for the ones that come thinly sliced, but if you can only find long rice cakes, simply slice it up when you’re preparing the dish.

These baked rice cake puffs come out crispy on the outside and retain their chewiness on the inside. They pair well with condiments such as honey and sesame seeds, and also add an extra layer of texture if you were to have them with granola or cereal for breakfast. It’s no secret that Koreans love their sweet potatoes. This ingredient, which comes packed with lots of nutrients, can be found in many Korean dishes such as pizza, latte, and even makgeolli (rice wine).

You can also transform the versatile sweet potato into chips. Since this recipe doesn’t require oil, it makes this snack healthier than conventional potato chips. Try experimenting with other ingredients such as lotus roots, pumpkin, and kale. But do remember to adjust the timing accordingly and check on the chips regularly to prevent them from burning. Tip: For a stronger flavour, swap out salt and black pepper for spices such as garlic salt and smoked paprika. You can even use pre-mixed blends such as cajun and Italian seasoning. Many people try to avoid deep frying food at home because it’s near impossible to do so without leaving oil splatters all over the place.

But Korean fried chicken with maekju (beer) is just too good to pass, so locals who live for their chimaek fix have come up with an air fryer recipe specifically designed with minimal cleanup in mind. This recipe calls for 2 teaspoons of soju as it’s said to help to enhance the flavour. But if you don’t have soju on hand, you can replace it with white wine or milk. Korean pancakes pair well with alcohol, making it a must-order whenever locals are out having a drink with their friends.

While this recipe teaches you how to make a seafood version of it, Korean pancakes can be made with any ingredient of your choice. Just replace the seafood in this recipe with ingredients you prefer. You can never go wrong with a classic kimchi, but green onions and sliced chillies are good alternatives too. 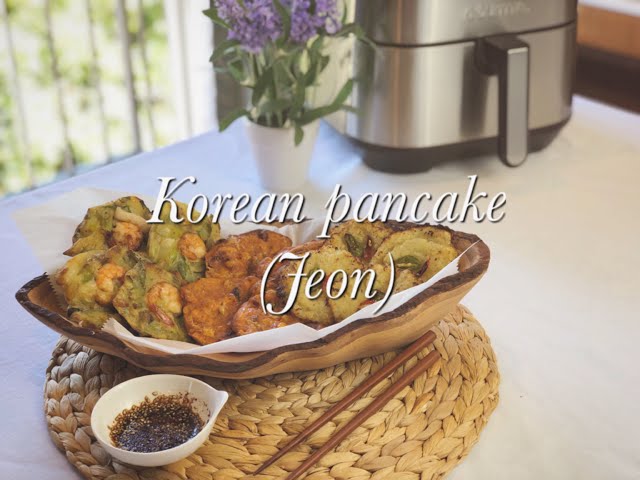 Eating out at a Korean barbecue restaurant can be expensive, and most places don’t serve solo diners. As such, many people turn to having barbecue at home when the craving strikes.

There’s a downside to this – your entire house will smell like a barbecue restaurant afterwards. But this air fryer recipe solves the problem and allows you to indulge in grilled meat sans unwanted odours. Corn cheese is commonly found in convenience stores across Seoul. Locals love to have it after heating it up in a microwave. But for a healthier option that doesn’t come with added preservatives, try making it at home.

Furthermore, baking the entire dish in an air fryer makes it much more fragrant as the cheese is entirely melted and browned on top. Grilled squid is called ojingeo gui in Korea. It’s a snack that locals usually order along with some alcohol. Unlike many Korean dishes that are heavily seasoned with ingredients such as gochujang (red chilli paste) and garlic, this dish only requires salt and pepper to bring out the natural sweetness of the squid.

Tip: Besides seasoning with salt and pepper, you can experiment with different herbs and spices to create a dish that best suits your palate.

IU has also tried to recreate two air fryer recipes on her YouTube channel. If you’re looking for a sweeter option such as Korean egg bread and s’mores, watch the video below for step-by-step guides brought to you by the star herself. 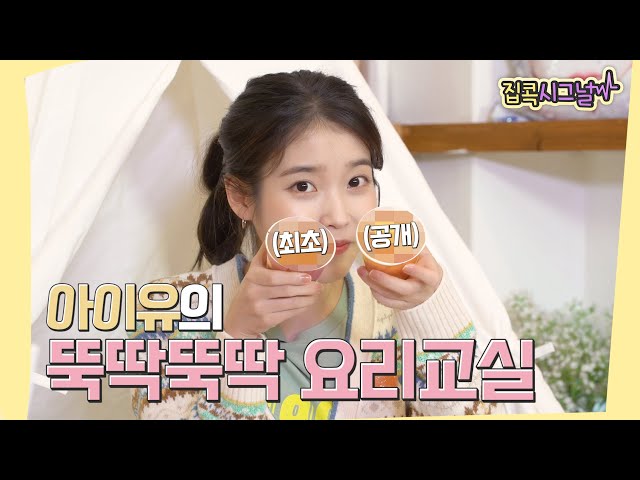 Whip up Korean snacks with an air fryer

Instead of using your air fryer to heat up frozen food, make the most out of it and try your hand at these recipes. Not only are they easy to follow, these 8 Korean snacks are delicious and will satisfy even the pickiest eater out there.

Here are other articles to keep up with Korean culture: