Known for their hard-drinking culture, Koreans are no strangers to intense hangovers. To beat their fatigue, Koreans rely on hangover soups, also known as haejang-guk.

People of all age-groups enjoy haejang-guks, and ahjussi are not the only ones who enjoy them. Here are 8 Korean hangover soups you should try to beat your soju-induced headaches. Galbitang is a hearty and nourishing soup made with beef short ribs boiled with Korean radish, onion, garlic, and ginger until tender.

It’s one of the go-to Korean hangover soups as its delicately clean taste is the perfect remedy for grogginess, and it has hearty ingredients that will help nourish your liver.

Here’s how to make a hearty bowl of galbitang: 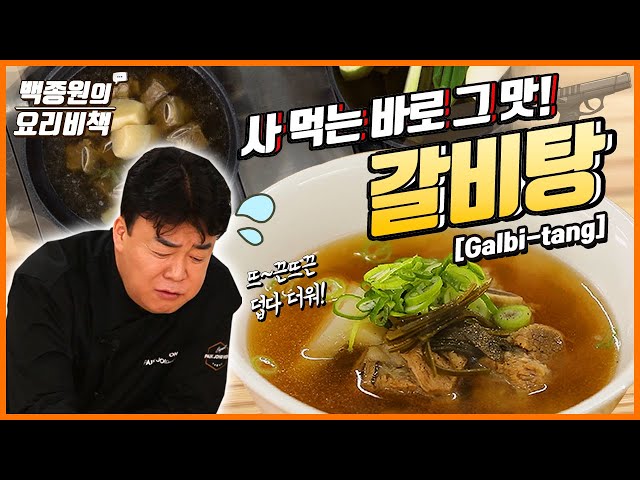 Seonji haejang-guk is a stew that features congealed ox blood, which is similar to black pudding but may not sound the most appetising to most people.

Its rich taste is an acquired one, and it isn’t universally welcome even in Korea. However, it’s a popular choice among many middle aged men as the congealed blood’s soft and smooth texture glides down the gullet easily. You can add some noodles or rice for a more filling meal, and the hearty ingredients will warm you up and ensure that you are well-nourished. 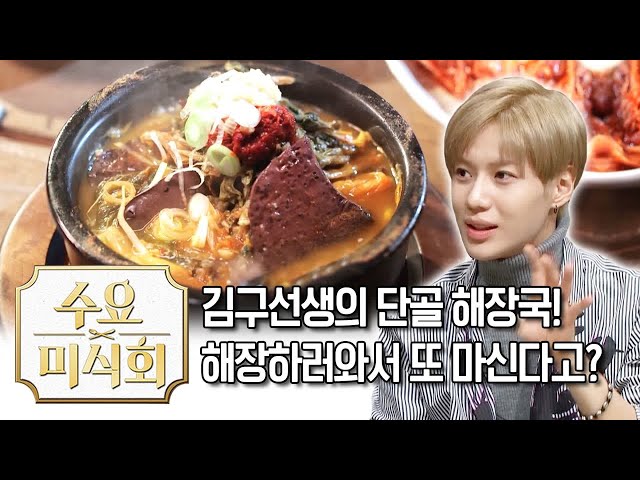 Ugeoji-guk is a thin and light soup made with the outer leaves of napa cabbage, and it comprises simple ingredients so you can easily make it at home.

The other ingredients can include beef slices and bean sprouts as they go well with the sweet taste of the soup.

Follow this simple recipe to recreate ugeoji-guk on your own: 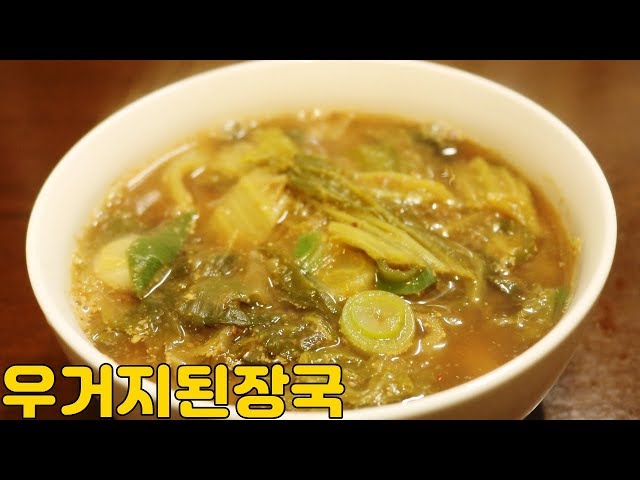 Kongnamul-guk is a classic Korean hangover soup as it is easy to prepare and is light enough for breakfast.

It can be made with any type of broth such as beef or anchovy, or simply water.

If you’re more inclined towards food with stronger flavours, add some gochugaru (red chilli pepper flakes) for a spicy kick. Check out this recipe for kongnamul-guk so you can have it at home: 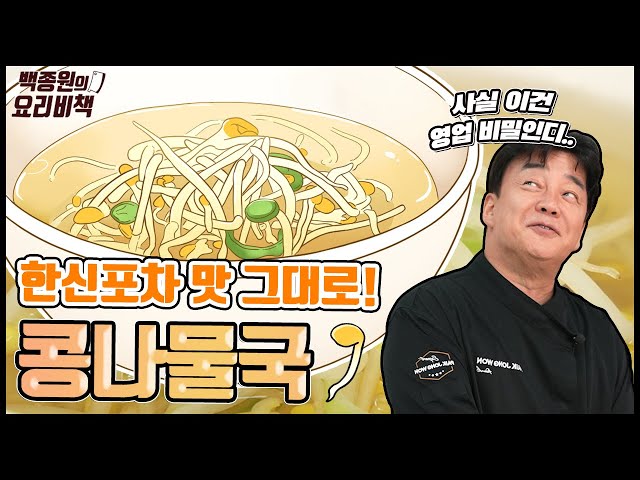 Bok-guk is a hot, brothy soup with pufferfish as its main ingredient.

Some restaurants don’t remove the eyes and the scales of the fish, so don’t be surprised if you see them poking through the surface of the soup.

Most restaurants will offer the soup in two different versions: maeuntang (spicy soup) and jiri (clear non-spicy soup), so you can opt for either based on your preference.

Bok-guk is especially popular in the port city of Busan, and there are many restaurants that specialise in them.

Here’s a video of a pufferfish soup mukbang to get your stomach rumbling: 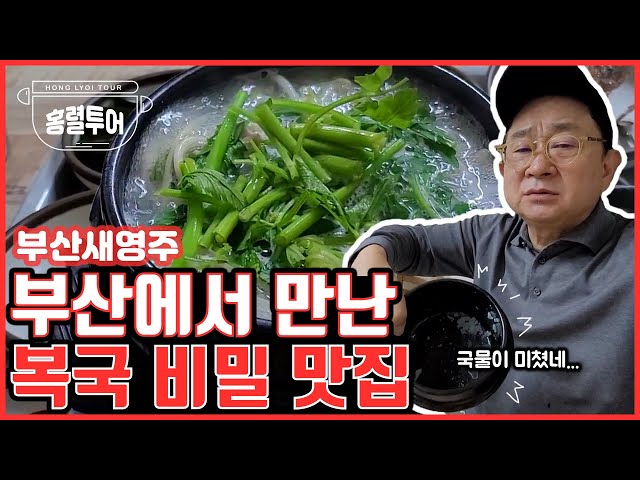 Bbyeo haejang-guk is a rich and spicy soup piled high with tender chunks of pork that fall off the bone.

The piping hot broth has a nutty fragrance, with spices that will whisk your headache away and ensure that you are ready to conquer your day.

You can simply have it with a bowl of rice as the rich flavour of this soup needs no other supplement. 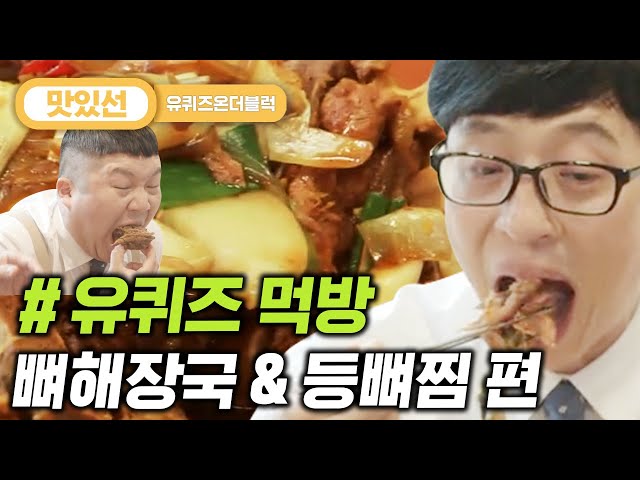 This soup may be a hard pass for those with a burning hatred of chives and green onions – you’re missing out.

Jaecheop-guk is a clear soup made by boiling small golden freshwater clams and simply seasoned with salt.

Although it only consists of a few ingredients, this soup is packed with the natural flavour of sweet golden clams. Bugeo-guk is a soup made with dried pollock, which is a rich source of proteins and amino acids and has detoxifying and soothing effects.

It’s a simple soup enjoyed by people of all ages, not just folks with hangovers, and you can add ingredients such as eggs and cucumber to complement the light flavours.

Fun fact: even though the dish is simple, bugeo-guk was one of the menu items served to President Obama at his lunch with South Korean President Lee Myong-bak during his visit to Seoul in 2009.

Here is a simple bugeo-guk recipe you can follow: 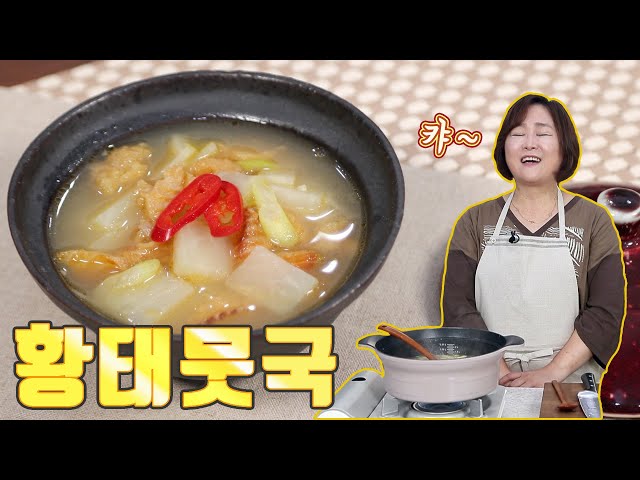 Korean hangover soups to wash away your soju blues

After indulging in soju or makgeolli, these piping hot Korean hangover soups will come to the rescue, rid you of your soju sins, and instantly rejuvenate you – or at the very least, it’ll fill your belly and keep you going till your hangover passes. 10 Picnic Spots In Seoul That Are So Scenic & Serene They Make You Feel Like You’re In A Fairytale
Slowboat Atelier: A 2-storey Cafe In Jeju With Books, Cats & A Breathtaking View Of...