EXO’s Kai and f(x)’s Krystal were one of the hottest Korean celebrity couples back in the day. Many fans were shipping them way before the confirmation of their dating news as they were the same age and looked really good together in a photoshoot for W Korea. They had known each other for over ten years by then, since they were trainees in the same company, and from friends, they became lovers. The couple made time in between schedules in February 2016, and even went on a skiing date.

A year later, the couple reportedly broke up. SM Entertainment later confirmed the statement without stating the reason for the end of their relationship, but they’ve been speculated to have broken up because they wanted to focus on their careers.

It’s a pity that they’ve parted ways, but we still hope to see them in a magazine photoshoot, oozing chemistry like how they did last time, and wish them continued success in their individual careers. The couple had previously denied dating rumours in August 2019, but it seems like it was true after all.

Heechul and Momo were known for their interactions on Weekly Show and Knowing Brothers. They initially had a senior-junior relationship, often bumping into each other on variety shows, before developing romantic feelings for one another. 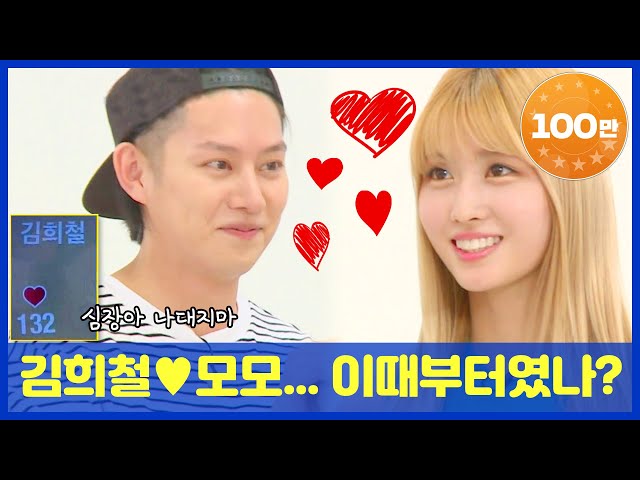 Video credit: ALL THE K-POP

On 8th July 2021, it was reported that Heechul and Momo broke up after a 1.5-year relationship. Heechul’s recent appearance in MBN’s Falling For Korea – International Couple revealed that the reason for their break up was his gaming addiction. 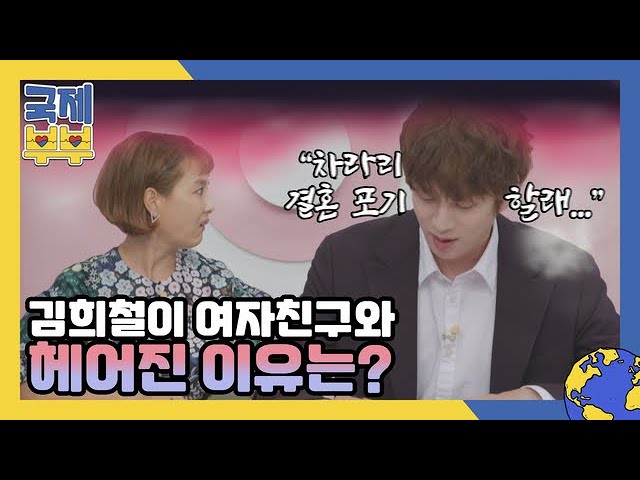 Momo and Heechul’s interactions were always endearing even before they started dating, and their chemistry seemed pretty good even if they weren’t romantically involved. This was the second time Kai turned out to be dating a female K-pop celebrity that he’s been shipped with. First it was Krystal, and now it’s Jennie.

It started as a product of fans’ imaginations, but little did they know that it would actually happen in real life.

Kai & Jennie’s relationship was exposed by Dispatch on 1st January 2019. They had been dating since 25th November 2018. This Korean celebrity couple were spotted by Dispatch paparazzi in Haneul Park, and Kai even uploaded a picture that Jennie took of him during their late-night date on Instagram. But on 25th January 2019, less than a month after they publicised their relationship, the couple reportedly broke up.

Their companies confirmed that the two had parted ways, and they supposedly split up to focus on their careers and fans. Lee Min-ho and Suzy confirmed their relationship in March 2015, after Dispatch reported that the two were seen on a date in Europe. The two initially had individual schedules in Europe – Suzy was in Paris for an All Saints photoshoot, and Lee Min-ho was in London for a Dior shoot.

After wrapping up their schedules, they were spotted going to Waldorf Hotel on 15th March 2015. The two proceeded to travel as discreetly as possible to prevent unwanted attention. Their dating timeline while in Europe
Image credit: Dispatch

Suzy and Lee Min-ho were also spotted on dates in Sangam-dong and Chungdam-dong in February 2015. They had been reportedly seeing each other every other day since they started dating in secret in December 2014. Suzy and Lee Min-ho on one of their dates in Seoul
Image credit: Dispatch

The two stars were dating for a good two years, until they announced their break up in November 2017. No specifics were stated about the reason behind their break-up, but with their busy schedules, it must have been difficult to juggle their relationship.

It’s too bad that this couple broke up – Lee Min-ho even received blessings from JYP! But that aside, we’re glad that they’re successful as ever in their respective careers, and we hope to see them in one drama together soon. Ji-hyo was the first TWICE member to be involved in a dating scandal, and she was reportedly dating soloist Kang Daniel. But being an idol means that you’ll be swamped with work. If you’re dating someone in the entertainment industry, that means both of you have equally hectic schedules, and meeting up for dates is doubly difficult. This was revealed to be the reason for Daniel and Ji-hyo’s break up, and this Korean celebrity couple went separate ways after a year and three months of dating.

We wish the best for this once-lovely couple, and hold on to the hope that someday, they’ll meet again in variety shows or music shows during their promotional cycles. They first got to know each other in a private gathering with their friends. After that, they started to show interest in one another, and started seeing each other.

However, their relationship was short-lived. Just four months after going public, they broke up. It was reported by OSEN that the two of them drifted apart due to busy schedules, and didn’t have the time to meet in private. One of the two most iconic Korean celebrity couples borne from a drama they filmed together, Song Joong-ki and Song Hye-kyo were affectionately named the Song-Song couple after starring in Descendants of the Sun.

After the drama concluded, dating rumours about the Song-Song couple surfaced after they were spotted shopping together in New York back in 2016, and subsequently when they were spotted in Nusa Dua, Bali, at the same time in 2017. These rumours were initially denied by both parties.

Soon, news of their engagement broke in July 2017, and the fans were pleasantly surprised to find out that their favourite K-drama couple would be getting married to one another in real life. The couple officially tied the knot in October 2017. But married life isn’t always a bed of roses. The couple announced their divorce in June 2019, just about a year and eight months after their marriage. The beloved couple parted ways due to differences in their personalities.

Since then, the two stars have been doing well in their careers – Song Joong-ki’s performance in Vincenzo was a hit, and Song Hye-kyo has been busy filming her drama Now, We’re Breaking Up.

Fans are hoping to see them together in the same drama again in the future as their romance was much like a fairytale, and it’s a shame that things didn’t work out. In April 2017, Weightlifting Fairy Kim Bok-joo leads Lee Sung-kyung and Nam Joo-hyuk were revealed to be dating. Fans were more than happy to hear this as their chemistry in the drama was through the roof. They’re the second Korean celebrity couple on this list that started dating after co-starring in a drama.

Dispatch shared that the couple started dating from Christmas of 2016 – no wonder their romantic scenes in Weightlifting Fairy Kim Bok-joo seemed so natural! Lee Sung-kyung and Nam Joo-hyuk were also spotted going to each other’s homes and attending Coldplay’s concert together. Their relationship was loved by many, but unfortunately, they broke up a few months later in August. No exact reason was given for their split, but we would like to think that it was their hectic schedules that pried them apart.

Lee Sung-kyung and Nam Joo-hyuk have been thriving in their dramas Dr. Romantic 2 and Start-Up. These dramas have seen high viewership ratings thanks to the stellar plot and cast. Will we be so fortunate as to see this duo appear in the same drama again, some time in the future?

Korean celebrity couples we want to see together again

These Korean celebrity couples made us believe in love while they were still together. Although they’ve parted ways, we’re glad to see them thrive in their careers and continue to be successful and happy.