The Kingdom: Ashin of the North special with Jun Ji-hyun will air on 23rd July. Netflix has teased us with what we can expect, including the origin of the zombie outbreak, as well as the identity of the mysterious Ashin.

What happened in Kingdom Season 2 Kingdom is a Netflix series about a zombie outbreak that plagued South Korea during the Joseon Dynasty.

In season 2, we celebrate the demise of Queen Cho. But following her death, she releases an army of zombies from the dungeon, and the Crown Prince and his team narrowly escape death by breaking the ice in the pond.

Thankfully, Seo-bi discovers a cure for the plague while she was at Cho Hak-ju’s place. The cure is to fully immerse the recipient of a zombie bite into water, which will purge the parasitic worms causing the plague from the victim’s body. The parasite causing the plague, circled in yellow.
Image adapted from: Netflix

After that discovery, the Crown Prince and his team head up North to investigate the resurrection plant. Along the way, they run into an unknown person who tags zombies with bells around their ankles.

As the team explores the abandoned shed that’s filled with zombies locked up in wooden crates, we discover the identity of that mysterious person, who is revealed to be Ashin. Only God knows what Ashin, played by Jun Ji-hyun, has up her sleeve. The season concludes with yet more unanswered questions. Netflix released a teaser for Kingdom: Ashin of the North right after season 2 ended, leaving us brimming with anticipation for what is to come.

What to expect in Kingdom: Ashin of the North

In Kingdom: Ashin of the North, we’ll be able to find out the backstory of the zombie plague, and the reasons for its spread from the North.

This prequel will also revolve around Ashin, the new character that was revealed at the end of season 2, as well as the Royal Commander Min Chi-rok, who is chasing after a serial killer.

Image adapted from: The Swoon

Check out the teaser of Kingdom: Ashin of the North below: 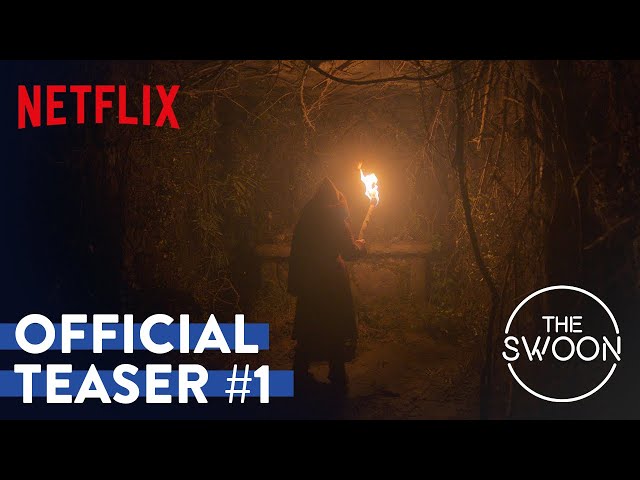 Kingdom: Ashin of the North will premier 23rd July

The beloved Kingdom series returns on 23rd July on Netflix with Kingdom: Ashin of the North, and we can’t wait to have our questions from the end of season 2 answered in this prequel.

Cover image adapted from: The Swoon and Netflix “My Roommate Is A Gumiho” Review: An Intriguing Love Story Of A Gumiho & A University Student
BT21 BABY Toasters Are Here So That ARMYs Can "Butter" Toasts & Get This Bread