South Korea is a top travel destination for many and there are plenty of reasons why. It has good and affordable K-beauty products, delish Korean street food, crispy Korean fried chicken, and even over-the-top aesthetic cafes to get a satisfying brunch.

But that’s not all this country has to offer. Daredevils who are always up for an adventure have something else to look forward to. Here’s a list of 8 haunted places in Korea, complete with creepy urban legends and tales of ghostly encounters, you can explore for an experience like no other. This dilapidated psychiatric hospital has been abandoned since 1995 and is located in Gyeonggi Province, approximately a 2-hour bus ride from Seoul. On top of being featured in a CNN article on 10 of the freakiest places around the world, the hospital has also become the premise of a horror film called Gonjiam: Haunted Asylum. Understandably, this has drawn many thrill-seekers to the site. According to rumours, many patients in Gonjiam died under mysterious circumstances. Some even claim that the director was mentally ill as well – he allegedly held patients hostage and was the cause of their deaths. Eventually, the director made a run for it and abandoned this facility. Although the site is fenced off and there are CCTVs installed to ward off trespassers, there’s nobody here to enforce the rules. This has made it a popular site for adventurers to hit up. Many sources have noted that the easiest way to enter is through the side gate, so do look out for that. There’s plenty of sunlight if you’re visiting here in the day, but the further you walk down the hallway, the darker it gets. The first floor is actually way spookier than the higher storeys as the ground floor doesn’t get much light with the sheer amount of unkempt vegetation blocking the windows and entrances. Once inside the building, you’ll notice scribbles on the walls left behind by the patients, as well as decaying medical equipment and furniture. We can’t help but wonder what went on back in the day, and what led to the downfall of this hospital.

According to those who’ve come out of this place unscathed, it’s difficult to find your way there and the locals aren’t exactly keen on providing directions. But you can simply key in the coordinates “37.362433, 127.33474” into Google Maps to satisfy your ghoulish urge to explore the site. 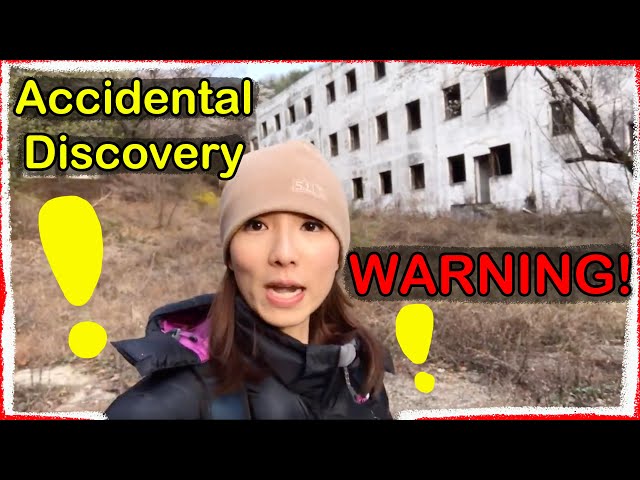 Haunted houses at theme parks are no match for the real deal, and you can explore one without forking out a single cent at Yeongdeok haunted house. It is located in Gyeongsang Province, a 3-hour KTX ride from Seoul. Gyeongsang also happens to be famous for its national parks and beautiful coastline.

The province has lots of sights and good local dishes to offer, but to end your day on a high, a short visit to this haunted house isn’t a bad idea – if you dare. It’s believed that the house is haunted by the souls of soldiers who sacrificed their lives in the Battle of Incheon during the Korean War. Previous owners who’ve inhabited the house are said to have died mysteriously.

Daredevils who have visited the house mentioned that some of them left with a throbbing headache, while others felt chills as they were exploring the grounds. Even long-time ghost-hunters have warned people not to visit this place. 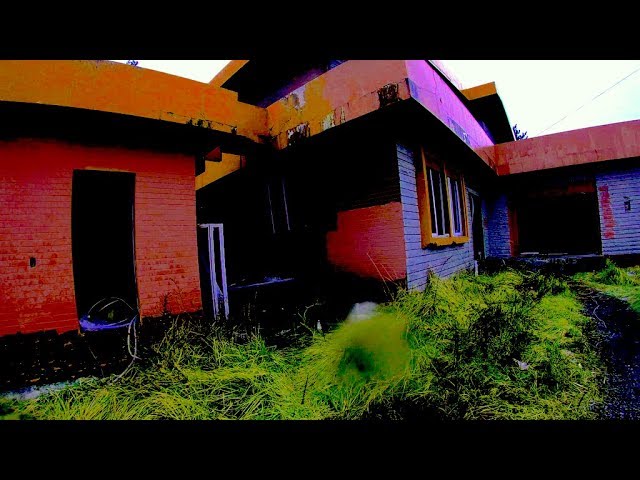 Yongma Land Abandoned Theme Park is a popular attraction amongst both locals and tourists alike. It was also the filming site for many K-pop MVs, such as Twice’s Like OOH-AHH and Crayon Pop’s Bar Bar Bar. Many visit the place for its rustic charm and prime photo backdrops. But according to hearsay, there is a legend of a little girl whose soul still lingers in the theme park after she died on a ride back in 2011. This incident was said to cause the eventual closure of the park.

Luckily for budding ghost-hunters and photography enthusiasts alike, you can explore the theme park without breaking any laws. Entrance fee to the theme park will only set you back KRW5,000 (~USD4.05). While it’s cheap to explore the place and take nice pictures, don’t be too alarmed if you come across a disembodied voice of a little girl as a handful of people have reportedly experienced it. The Independence Gate was built in 1894 when the Sino-Japanese war concluded. It remains standing today, and streams of tourists continue to visit the monument when they’re on a trip to South Korea.

While it represents the value of liberty in the country, there are many stories about how goblins reside here and chop off topknots on people’s heads as they pass through the gates. The ever famous Han River where people go on picnic dates in the day and stroll along during the evenings is not as peaceful as it seems. In the past, it used to serve as a route for many merchant ships coming into Korea. But as these ships got hijacked, people on board were killed and disposed of into the river. This culminated in the legend of the mul gwishin, also known as water spirits, who continue to lurk around in the river. 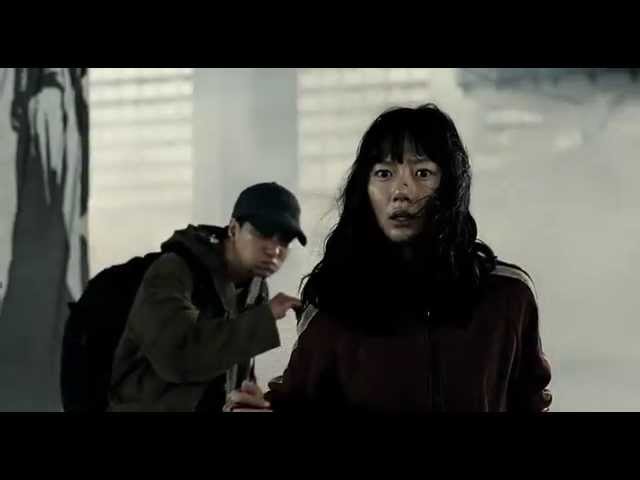 This legendary Korean folklore was depicted in a Korean award-winning film called The Host, which tells a story of a little girl who was kidnapped by a monstrous water spirit.

Learn more about the movie in our article here. It is believed that virgin ghosts, known as cheonyeo gwishin, are the souls of women who died as virgins. They are said to have originated from Yongin Village and continue to roam the earth. Cheonyeo gwishin are commonly portrayed with long black hair and don a white traditional mourning outfit known as sobok. Parents often regale young kids with this legend and it was commonly used as a scare tactic to encourage women to get married. While the practice is not so common in today’s highly urbanised Korean society, this spooky apparition remains popular amongst Koreans. Romantic comedy Korean dramas such as Oh My Ghost and Arang and The Magistrate even feature virgin ghosts as lead characters. Today, Yongin Korean Folk Village has been turned into a tourist attraction. It looks just like a traditional Korean village, complete with costumed performers and historical re-enactments.

Every summer, this place gets its actors to dress up as cheonyeo gwishin – don’t be alarmed at the sight of them, unless they seem to be gliding, rather than walking… Korea has had its fair share of warfare, with the Korean War being the most recent one. Not only did the war lead to the division of North and South Korea, it also resulted in heavy casualties on both sides and the permanent separation of many families along the 38th parallel. Yeonpyeong Island is located near the border dividing the two Koreas, and ever since the outbreak of the Korean War in 1950, this area has been subjected to countless bombings and occasional military standoffs. The most recent one took place in 2010, forcing its inhabitants to temporarily flee the island. While there’s no concrete evidence of spooky sightings, locals believe that there are many spirits, vengeful and lost alike, residing here. Given the sheer number of soldiers and innocent civilians who lost their lives on the island over the years, it’s no surprise.

The island is only a ferry ride from Yeonan Port, located in Incheon, Seoul. Those who are up for a ghastly adventure should definitely pay this island a visit. Jeju island is a getaway paradise surrounded by a beautiful coastline and extensive green fields. It’s even gifted with the highest mountain in South Korea, Hallasan. While not knowing about this island’s tragic past may give you peace of mind, doing so would be doing an injustice to the victims of the Jeju massacre, which took place from 1948 to 1949. The Korean War was a tumultuous period for the entire Korean peninsula, and even Jeju wasn’t spared. When the South Korean government tried to suppress the separatist movement on the island, they engaged in much brutality and killed anyone who was deemed to be sympathetic to the Communist cause. All in all, 10% of the Jeju population were slaughtered.

Many local residents have therefore claimed that the island continues to be haunted by those who were killed. Places such as caves and hiking spots, which were used as hideouts, are said to be hotspots. A mass grave filled with the bodies of those massacred was discovered right next to Jeju’s airport runway. We can only imagine how many of these spirits are still wandering around.

But that’s not all there is to Jeju’s haunted stories, as the island also has a few abandoned buildings will give you the creeps. One of them is an abandoned circus not too far away from a volcanic peak known as Saebyeol Oreum. Not much information can be found about this circus. While no one has come outright to say that it’s haunted, you never know what to expect of a forsaken building, much less one that was once a circus filled with spectators, now left to be forgotten.

These are some of the most haunted places in Korea, but if you doubt our list, there’s only one way to find out. While some of the places on this list are fenced off and trespassers are forbidden, there are others opened to the public. So go forth and check out these haunted places in Korea if you’re ready to satisfy your ghoulish curiosity and don’t forget to check back in to let us know that you’re safe and sound after your adventure.

Here are other Korea-related articles to check out: