The recent news of the retirement of our favourite Japanese figure skater Yuzuru Hanyu has been devastating, but he remains an inspiration to many. Here’s a list of life lessons that can be learnt from Yuzuru Hanyu.

The skating legend began his figure skating journey when he was only 4 years old. Since then, he’s grown immensely and garnered worthwhile skating experiences. At the very first competition he ever skated in, the 2004 Japan Novice Championships, he even won gold – a mark of the blood, sweat, and tears he’s put into his craft even at a young age.

Yuzuru is famously hard-working, having pushed himself to the point of injury numerous times. His bone-breaking – literally – work ethic is not for naught, as it allowed him to become one of the world’s greatest athletes.

So remember kids, hard work makes talent go a long way, and when we say a long way, we really do mean a long way.

2. Being humble can bring you great blessings

Despite being dubbed the “Prince of Skating” by both fans and media due to his calm and stately demeanour, Yuzuru is nothing close to a snooty tooty prince. His consistent show of his skill, strength, and elegance in his skating routines – and his absolute humility through it all – amazed his fans, thus earning him the nickname “Ice Prince”. In actuality, the Japanese champion is humble and perpetually thankful to all his supporters; he gets it from his parents, who raised him to be a hard worker. They refuse to show themselves in public or conduct any interviews as they are firm believers that Yuzuru’s success is due to his own hard work.

Yuzuru is a prime example of a humble man with great achievements, garnering him the respect and admiration of fans and fellow competitors alike.

3. Adversities in life can be overcome

Life may throw you curveballs, but you just have to learn how to catch them.

At the tender age of two, Yuzuru was diagnosed with asthma, which caused him continuous coughing and hence, sleepless nights. He initially followed his sister to the skating rink as it was a place that had less dust particles floating around; ice skating was the perfect sport for him as it allowed him to be active without triggering his asthma with polluted air. Asthma has not inhibited Yuzuru in the least – he went on to win two Olympic gold medals – and was the first Asian men’s singles skater to do so – in addition to his numerous Grand Prix champion titles. He was also the youngest winner ever of the Olympic men’s skating title since Dick Button in 1948 – talk about an overachiever!

4. Pay it forward wherever you can

Yuzuru is a staunch supporter of charities that aid victims of the 2011 Tohoku disaster that hit Japan. When the earthquake hit, Yuzuru was training at his home rink in Sendai. He ran out of the building in his skates, damaging the blades in the process. Following the quake, he spent three days at an evacuation centre, where he received plenty of aid.

“At the centre, a lot of people helped us so much, and therefore I would like to do anything for them. What I can do is just skating,” said Yuzuru said in an interview published on the Olympics website.

To do that, Yuzuru Hanyu took part in fundraising events by showcasing his skating skills. One such example is the charity skating show he participated in on 9th April 2011, which raised a total of USD150,000. Yuzuru’s own house in Sendai was damaged during the earthquake, though fortunately it wasn’t rendered unlivable. The skating rink however, was closed due to the rupturing of a water pipe. Since then, Yuzuru has always made sure to donate money to causes that aid the victims of the Tohoku disaster, even dedicating a performance at the 2018 PyeongChang gala to the victims.

5. Having a rival will help spur you on to greater heights

Just like any main character in a shonen anime, Yuzuru Hanyu has his own archnemesis in the form of America’s star skater, Nathan Chen. Nathan Chen is lauded as another one of the world’s best skaters, having maintained the title of the world’s no. 1 skater for the past three seasons. Chen previously would place below Yuzuru in competitions, but has recently been consistently topping the Japanese skater instead.

He currently holds the record for the highest score in both the short programme and the free skate, in addition to the highest total score – all records that were previously held by Yuzuru. In an interview with Insider, Chen called Yuzuru an inspiration, stating that “[he was] honoured to be alive at the same time as him” and that it was “pretty crazy what he’s doing”.

Funnily enough, both Yuzuru and Nathan’s introductions to skating were related to their older sisters – Yuzuru was taught how to skate so he would stop disturbing his sister during skate practice, and Nathan started skating in a pair of his sister’s skates. Having such a close rival helps to give one the motivation and drive to work harder, do better, and achieve greater things.

6. A friend in need is a friend indeed

Where one has a rival, one must of course have allies – Yuzuru has a friendly face amongst his competitors in the form of Spanish skater Javier Fernandez. The top Spanish skater is actually one of Yuzuru’s closest friends despite also being one of his top rivals in competition, and they have been this way for years.

“With Yuzu, we are everything, we are friends, we are teammates, at some point we have to be rivals,” Fernández told Reuters in 2015. “It’s like having a wife. Your wife is your friend, your wife is everything – but it depends on the time. When we are on the ice, we are competing against each other, but when the competition is done, we are friends again, and we work together again.” The two – while hailing from different countries – actually trained under the same coach, Brian Orser, in Canada.

When Fernandez told Yuzuru that the 2018 PyeongChang Olympics were going to be his last, Yuzuru started crying and allegedly said, “I can’t do this without you.” Although they may be competitors while on the ice, the two top skaters are staunch supporters of the other, giving each other the comfort and support that could only come from someone who understands the exact predicament they’re in.

The Yuzuruha Shrine in Hyogo, Japan, is dedicated to Kumano-okami, the three-legged crow of Japanese legend. Yuzuruha Shrine shares several syllables with Yuzuru’s name. Because of that, super fans of the figure skater have started associating the shrine with Yuzuru, making it somewhat of a hotspot for visitors to offer prayers for the young champion.

In 2018, when Yuzuru suffered an injury, his fans flocked to the shrine in droves to leave wooden tablets praying for his recovery. While we may not be superstitious or religious, it cannot hurt to have a throng of people who are manifesting your good health and fortune – the next time someone religious offers to pray for you, take their good intentions seriously and graciously.

8. Reach for your dreams

After landing the quadruple lutz in 2016 – and being the first person to ever do so – Yuzuru has aimed to successfully land the quadruple axel jump, something no one has ever been able to accomplish.

He has made multiple attempts to land the famed jump, with his latest attempt at the 2022 Winter Olympics being the closest one yet. Unfortunately, it was under-rotated and therefore was certified as a jump, but not ratified as having successfully completed the jump.

Yuzuru has stated that his goal at the Beijing Winter Olympics was to land the quadruple axel, and he was disappointed that he was still unable to do it. Nonetheless, the Japanese champion has said that he’s determined to one day fulfil his dream, and promises his fans that he will continue to work hard; if Yuzuru can do this, we can get off the couch and go fulfil our own dreams!

Watch the full video of Yuzuru’s attempt at the quadruple axel jump here: 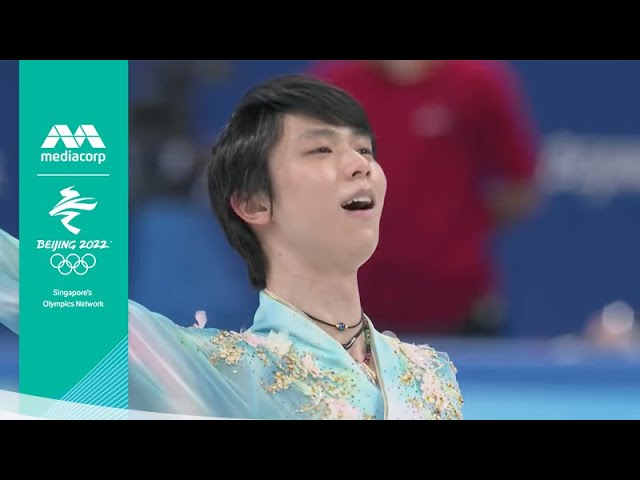 Yuzuru Hanyu continues to be an inspiration and role model for all his fans, and we can learn plenty of life lessons from him. It’s no wonder that news outlets constantly ask him how fans can be more like him – he is not only an extremely talented figure skater, but also someone people can learn much from. Onsen Guide: What To Wear & Basic Etiquette When You Get Steamy In Hot Springs
10 Martial Arts Anime That Kick Ass, Literally