At Inu No Yakiimoyasan in Hokkaido, you can get hot roasted sweet potatoes to warm your stomach. But there’s another fact about the place that will warm your heart – a Shiba Inu manager by the name of Ken used to run this humble sweet potato stand with impeccable professionalism and cheer.

Ken had been working at the stall since he was 2 years old. When the news of Ken’s special occupation spread, many tourists flocked to the stall to see the famed Shiba Inu. Unfortunately, the beloved Ken passed away last week on 6th June 2021, after being with the store for about 4 years.

To commemorate our time with him, we’ve compiled 5 moments when Ken stole our hearts over the years so that we can always keep him in our memories. 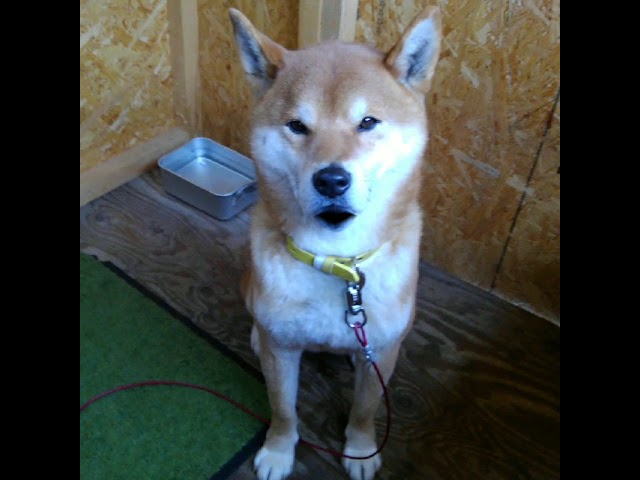 I want to help innocent dogs and cats.

Talking Ben isn’t the only dog that can speak. With the help of technology, Ken was able to deliver a commendable speech in English, in an attempt to reach out to his foreign audience.

In the YouTube video posted, he shared about how he has been making donations to various animal welfare groups and social welfare organisations.

More details of the donations are listed on the stall’s official website. Notably, a total of ¥126,400 (~USD1,155.26) was donated to an animal welfare organisation, a church in Sapporo, an orphanage, and a social welfare council. Of course, Ken couldn’t actually speak. The videos were all digitally altered and voice-overs were added to make him look as if he was really talking. Nevertheless, these videos are extremely entertaining to watch. You can check them out here at Ken’s YouTube channel.

2. Ken takes a nap because of the good weather Nothing beats a good afternoon nap following a tedious morning of work. On 11th April 2020, as Ken bathed in the warm sun rays, drowsiness took over the Shiba Inu. This adorable moment was captured in an Instagram post captioned, “Hello! The great weather today is making me so sleepy, and so I took an afternoon nap!” The Shiba Inu was also caught napping on other occasions, suggesting that the job of a store manager isn’t easy at all.

3. Ken hopes for summer to come so he can take his bath A refreshing shower is as satisfying as eating ice cream during the hot summer season. Ken agreed with this sentiment wholeheartedly as he wondered if summer could come faster so that he could take a bath, as shown in this tweet here. Sadly, when the tweet was posted, it was only 17th December 2020. Ken had quite a few more months to wait.

Meanwhile, look at how well-behaved he was as he got his cooling shower – he must have enjoyed it a lot.

4. Ken lures you to his stall with puppy eyes – literally

Ken knew how to use his assets well. Whenever he rested his chin on the stall ledge and looked directly in your eyes, you’d know there was no escaping.

With him around, there was no need for elaborate advertising for the stall. The Shiba Inu was a natural celebrity who effortlessly brought in customers.

5. Ken would always be there for you regardless of the season Dogs are mankind’s most loyal companions. Likewise, Ken didn’t leave the stall regardless of the season. Manning the stall even through winter, he awaited freezing customers who needed a piping hot sweet potato to warm up their bodies. The sweet potato stall had been selling oven-baked Japanese sweet potatoes for ¥200 (~USD1.83). When Ken was around, all you needed to do was to place the exact amount into a small hole and take your packet of sweet potato from a box nearby. The stall also sold boiled corn from August to September, when sweet potatoes are out of season. Ken’s owner announced on Twitter that Ken had unfortunately passed away on 6th June 2021, at 12.50PM. He was 6 years old. We offer our condolences to his owner, and hope that you can continue supporting the stall through other means. One possible way would be to purchase Ken’s merchandise from his online store here.