Back in December 2020, it was confirmed that the 2 live-action movie adaptations of Rurouni Kenshin will be released in April and June 2021 respectively. This week, eager fans received a great in the form of new official trailer for Rurouni Kenshin: The Final. After nearly a year of delay due to the COVID-19 pandemic, the 4th installment of the Rurouni Kenshin film series is finally making a return to the big screen. On 10th March 2021, Warner Bros. Japan released a brand new trailer for the upcoming film.

Slated to hit the theatres on 23rd April 2021, Rurouni Kenshin: The Final is the 1st of the 2-part live-action adaptation of the popular manga series of the same title. Covering the manga’s Jinchū arc, the upcoming Rurouni Kenshin: The Final will pit the wandering samurai Himura Kenshin against his brother-in-law, Yukishiro Enishi. Mistakenly believing that Kenshin is responsible for his sister’s death, Enishi confronts Kenshin and is hell-bent on exacting revenge.

Based on the short fight sequences that were revealed in the trailer, it seems like we can expect to see riveting swordplay and fight choreography in the film come April. ONE OK ROCK, who has been producing hits after hits for the film series since Rurouni Kenshin’s 1st live-action movie in 2012, will also be back with a new theme song for the upcoming film.

The trailer only features a 30-second preview of the theme song, Renegades, but it’s enough to whet fans’ appetites. It’s unclear when the full song will be released, but it should be nearing the film’s release date. To get the first listen as soon as Renegades comes out, make sure to follow the band and the official account for Rurouni Kenshin on Twitter.

Before the back-to-back Rurouni Kenshin films hit theatres in April and June respectively, be sure to keep yourself in the loop by catching up on the previous film trilogy.

Check out the new trailer here: 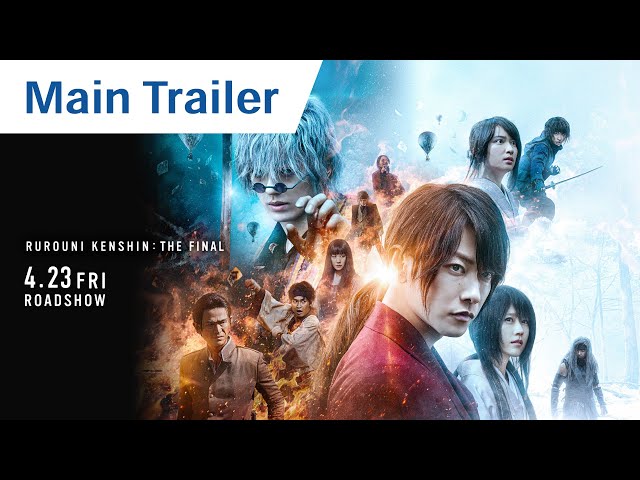