Since its release back in 1994, Rurouni Kenshin has captured the hearts of fans worldwide with its historical action themes and samurai characters. Its immense popularity has led to the franchise’s expansion into anime and live-action adaptations, as well as video games. Soon, the Rurouni Kenshin franchise will be welcoming 2 more new movies in 2021. Initially slated to be released in the latter half of this year, the 2 new live-action movies for the Rurouni Kenshin series will be out in mid-2021 instead. The 1st film will premiere on 23rd April 2021, and the 2nd will follow on 4th June 2021. The 2 films will reveal more of Kenshin Himura’s – the protagonist – past and his complicated history with his wife, Tomoe Yukishiro. The films will also touch upon the interactions between Kenshin and Enishi, who’s the younger brother of Tomoe and the main antagonist for the series’ concluding arc. Enishi blames Kenshin for Tomoe’s death, and is determined to do whatever it takes to avenge her. 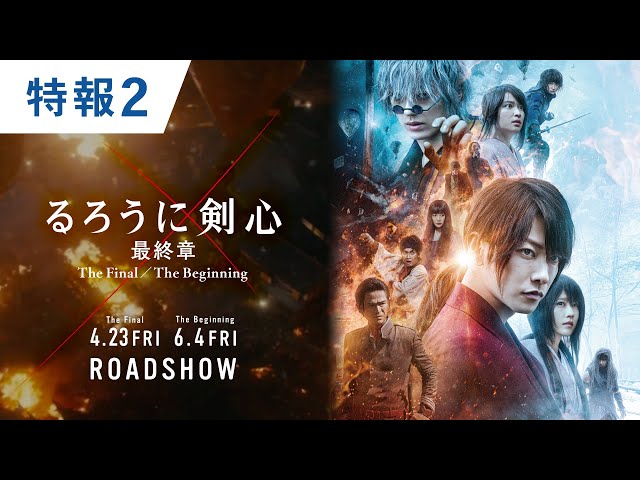 Similarly, the Twitter account for Rurouni Kenshin movies, @rurouken_movie, also tweeted the movie update. As of 9.04AM (GMT +9) today, this tweet has received about 443.5k views, 42.6k likes, and 15.2k retweets. Just by looking at these statistics alone, we can tell how popular the series is, and how excited the fans are for the upcoming 2 films. Comments under Ruroken_Movie’s tweet on the upcoming films
Image adapted from: @ruroken_movie

@M8PB1g65dXUQnn8 said that they are looking forward to the new films, and as a major fan of Kenshin, they’ve followed the series from the very beginning.

@Nkotyohakkai tweeted, “It’s been a few months since I saw the poster on the train. I’m excited and I’m looking forward to seeing Takuma Otoo act as the villain.” The 1st chapter of Rurouni Kenshin was published on 25 April 1994. It was later adapted into an anime series in 1996. To date, there are 3 anime seasons, 1 anime film, 3 OVAs, and 255 manga chapters in total. You can watch the anime adaptation on Crunchyroll and Netflix. There are also 3 other live-action Rurouni Kenshin movies, released in 2012 and 2014 respectively. You can catch all 3 films on Netflix.

Rurouni Kenshin fans should look forward to 2021 because Warner Bros. Japan will be dropping not 1, but 2 new live-action movies. They will be released on 23rd April 2021 and 4th June 2021 respectively, so do keep a lookout. Japanese Netizen Finds R-Rated Daikon, Decides To Snip Off Offending Appendage To Make It PG-13
Japanese Father Dresses Up Kids As Demon Slayer Characters, Netizens Gush About How Cute They...