Puella Magi Madoka Magica shocked the anime community in 2011 with its dark take on the fluffy magical girl genre. On 25th April 2021, during the 10th anniversary event of the Madoka Magica franchise, news of a sequel to the 2013 movie Rebellion was announced.

The movie sequel is called Puella Magi Madoka Magica: Walpurgis no Kaiten, and the release date has yet to be specified. On the day of the announcement, ANIPLEX released a short 33-second teaser of the new movie. The trailer sees a shattered reflection of a smiling Madoka, intersected by flashing credits. Accompanying this eerie scene is a haunting choral melody. Given that the franchise is laced with tragedy, we can expect another incoming train of angst for this movie.

Check out the teaser below. 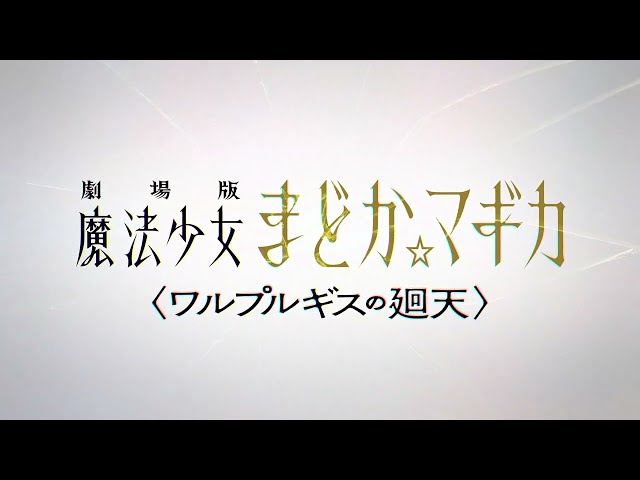 According to the trailer, many of the staff who were part of the original anime franchise will be involved in the upcoming film. This includes the main director, Akiyuki Shinbo, and scriptwriter Gen Urobuchi. The original studio, Studio Shaft, will be working on this movie. Puella Magi Madoka Magica is an iconic anime released in 2011. It follows magical girl Madoka Kaname and her peers on their mission to defeat the Witches – lethal monster-like beings. However, Madoka Magica isn’t a stereotypical magical girl anime filled with sparkles and good-triumphing-evil. Instead, it borders on being a psychological thriller and delves into emotional trauma. Because of this subversion, the Madoka Magica series became renowned amongst the anime community. Rebellion, released in 2013, is the 3rd film in the Madoka Magica series. The newly announced film will be the sequel to this 8-year-old movie.

The anime community is excited for the new film release, given the long hiatus. Twitter user @victoria_alaska excitedly remarked, “New Madoka Magica movie!! I can’t believe they’re finally it after eight years! I really hope I can see it in theaters”.

Another Twitter user, @artenawa, responded to the official Twitter announcement with “My excitement is immeasurable, and my day is made.”

Some fans, such as @TotallyNotReina, also wished that the now-disbanded Kalafina, the vocal group that sang many of the series’ songs, could reunite for the movie’s soundtrack.

While the release date is unconfirmed, we hope the wait won’t be too long – not another 8 years, at least. To get updates, check out the official site and the anime’s Twitter account.