Love Me, Love Me Not by Io Sakisaka

Manga artist Io Sakisaka is known for her works involving youth romance. Her shoujo manga “Youth Trilogy” series, which includes Strobe Edge, Blue Spring Ride, and Love Me, Love Me Not, have been popular since they were published.

Originally set to be released on 29th May 2020, the film was pushed back due to the COVID-19 pandemic. The anime film adaptation of Love Me, Love Me Not will now premiere on 18th September 2020.

Love Me, Love Me Not also has a live-action film adaptation, which was released back in August.

Anime film Love Me, Love Me Not Love Me, Love Me Not follows the story of 4 high school students – Yuna Ichihara, Akari Yamamoto, Rio Yamamoto, and Kazuomi Inui. Each one of them has a different perspective on love based on their personalities. These 4 friends end up entangled in a messy and complicated love square where they struggle with their respective feelings and mature as individuals.

Live-action film of Love Me, Love Me Not Besides the upcoming anime film, Love Me, Love Me Not has a live-action movie adaptation that premiered on 14th August 2020. The live-action film stars Riko Fukumoto as Yuna, Eiji Akaso as Kazuomi, Minami Hamabe as Akari, and Takumi Kitamura as Rio. The latter 2 also co-starred in the live-action movie Let Me Eat Your Pancreas. The 2-hour live-action film was well-received after its release in the theatres, earning about ¥206,000,000 (~USD1,930,000) on its opening weekend. Fans that have watched the live-action film complimented the movie’s attention to detail that brought out the feelings and pain of each character in this heart-wrenching romance. 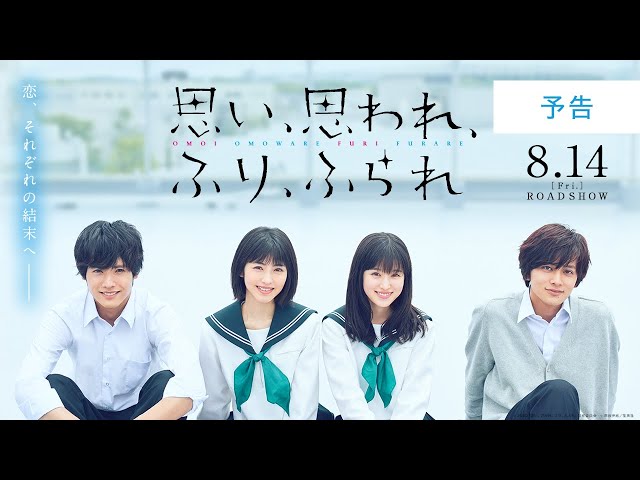 Other notable works by Io Sakisaka Strobe Edge follows the story of Ninako Kinoshita, Ren Ichinose, and Takumi Ando as a love triangle forms between the 3 friends after a series of events that bring them closer. The film is currently available on Netflix. Blue Spring Ride is about the love story of Futaba Yoshioka and Kou Tanaka. Having loved each other in middle school, the two got separated after Kou suddenly moved away. Now in high school, they’re reunited and old feelings are re-ignited.

Love Me, Love Me Not anime film premieres on 18th Sept

Although the release of the anime film for Love Me, Love Me Not was previously delayed, fans can soon enjoy the movie once it premieres in theatres on 18th September 2020.

Check out other Japan-related articles: