Jujutsu Kaisen is currently one of the most popular anime with its beautiful animations and intriguing storyline. Fans have been anticipating a movie release for a while now, and on 29th July 2021, the official website released the Jujutsu Kaisen 0: The Movie teaser, hyping fans up even more. 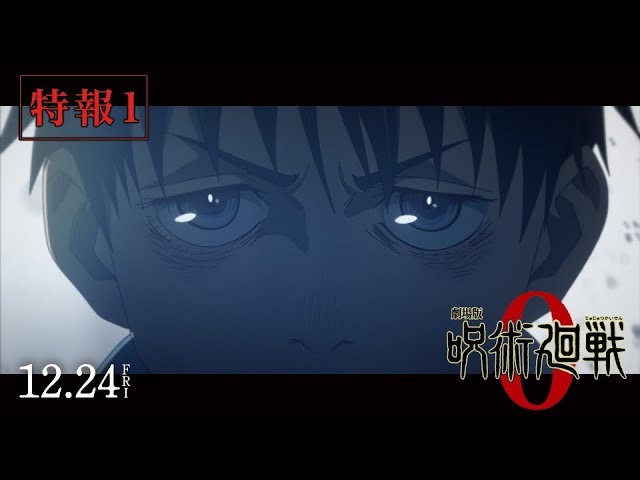 Most anime fans would probably know by now that MAPPA is well-known for producing beautiful animations. Shows the studio has worked on include Attack on Titan, the original Jujutsu Kaisen series, and even the Chainsaw Man teaser that was released earlier this year.

Now, the teaser for Jujutsu Kaisen 0: The Movie will be added on to this list. The 30-second-long teaser starts with a shot of a realistic 3D wedding ring, an item of symbolic importance in the movie’s story about love and curses. The scene then cuts to the two new characters – Yuta Okkotsu and Rika Orimoto – with the camera circling around a young Yuta and a 11-year-old Rika. Yuta then grows up and Rika disappears – and it is implied that something ominous had happened to her.

The short teaser then ends with Yuta mentioning that he will unravel the curse of Rika at the Tokyo Jujutsu High.

Storyline of the movie

Jujustu Kaisen 0: The Movie serves as a prequel to the original anime series, focusing on events and familiar characters in Tokyo Jujutsu High such as Maki, Panda, Toge and Gojo.

The main story, however, follows the new protagonist Yuta. When he was a child, Yuta witnessed his childhood love, Rika, die in a fatal car accident right before his eyes. Her spirit, however, got transformed into a curse which continuously haunts Yuta – relentlessly protecting him by hurting those around him. Not wanting to get others hurt, Yuta isolates himself until he meets Gojo, who offers him an opportunity to train at Tokyo Jujutsu High and free himself and Rika from the curse.

Fans hyped about the movie’s release

In the short 13 hours since the release of the Jujutsu Kaisen 0: The Movie teaser, it had already garnered around 1.2 million views on YouTube, with its official Twitter post on the teaser having about 340,000 likes and 200,000 retweets.

Fans of the popular series Evangelion are also talking about Yuta’s voice actress Megumi Ogata, who also voices the protagonist Shinji in Evangelion.

There is also a fan who quoted Yuta’s line in the teaser, saying that it sounds like something from an Evangelion movie.

Even though an international release for Jujutsu Kaisen 0: The Movie hasn’t been announced yet, it will premiere on 24th December 2021 in theatres in Japan.

For more news articles, check out: Kotohiki Park: A Historical Park With A Giant Coin-Shaped Sand Art Dating To 1633
6 Tokyo Olympics Volleyball Moments That Reminded Us Of Haikyuu!!