Who would have thought that Japanese robot maids are fast becoming reality? Yes, the stuff of anime and movies will be coming true, according to a Japanese robot enthusiast.

This is another step closer to the eventual robot dominion, but for now, let’s just enjoy these cute robot girls who will be working as waitresses in a maid cafe. The name “MaSiRo Project” stands for “Maid Apprentice Substantialising Ideal Robot Project”. It was created by Japanese robot hobbyist A_say. A_say’s ultimate goal is to open a robot maid cafe where the waitresses are his very own robots. According to A_say, his robot maid cafe is scheduled to open in the fall of 2022. The project’s first robot – MaSiRo – is named after the project itself, and she has long grey hair and bright blue eyes. Meanwhile, CiRo and CiYa, the adorable twin sisters of MaSiRo, have distinctive robot ears that are reminiscent of Chi’s – the robot girl in Chobits – own.

A_say uploaded a video that detailed the progress of the MaSiRo robot from 2018 to 2021, including the functions of the robot that had been added over the years, and how he upgraded and enhanced them. Some of these functions include face recognition tracking, as well as the ability to hold hands and pose! And as the robots have eyes fashioned from LED screens, they can even blink and emote. A_say’s future goals for MaSiRo include autonomous driving, voice recognition, and to eventually make her right arm movable as it is currently only used for sensing motion.

At the end of the video, A_say teased the eventual release of a video that will similarly detail the progress of the twin robots CiRo and CiYa. 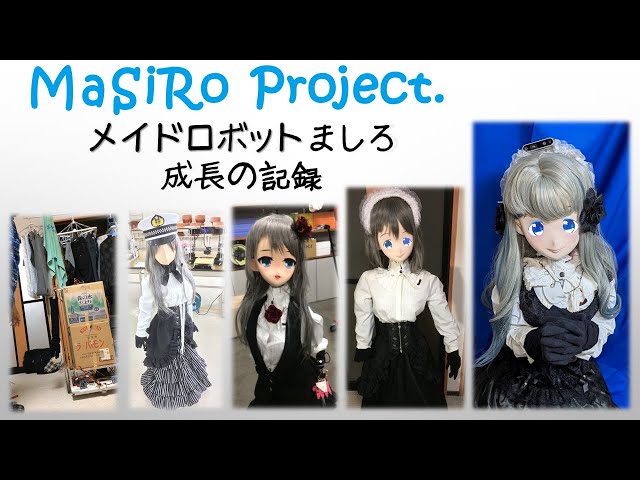 Real Japanese robot maids to serve at a cafe

If everything goes according to plan, the experimental maid cafe will be opened for a short period of time around Fall 2022. The exact date and location of the cafe have not been announced, but according to a video uploaded by MaSiRo Project, the cafe will be located in Tokyo. 15 Kitagawa Marin Facts That Show Why We’re In Love With The My Dress-Up Darling Character
Japan To Relax Border Restrictions, Possibly Starting With Tour Groups From May 2022