From hit series such as Food Wars (Shokugeki No Soma), Spirited Away, and Ponyo, we’ve sussed out 10 iconic on-screen anime-inspired dishes that have us salivating and our stomachs rumbling for more.

If cooking isn’t your forte, that’s okay. These anime-inspired recipes are rated on a difficulty scale of 1-10, so even people whose culinary skills are limited to making instant noodles or microwaving frozen food can master some. Tamago Kake Gohan, also known as “Eggs on Rice”, is exactly what its name suggests. You only need to know how to steam a bowl of rice and crack a raw egg without leaving eggshells behind. Fans of Ponyo will remember Ponyo’s obsession with food, especially her love for ham. The umami dish doesn’t have an official name, but it goes by a few monikers – such as ham noodles, Ponyo noodles, and Ponyo ramen. Here’s how you can level up your instant noodles with just 2 ingredients: Calcifer’s Breakfast from Howl’s Moving Castle is an iconic American breakfast with a supernatural twist – bacon and eggs cooked with the help of a demonic fire called Calcifer. You may not have a magical co-chef, but you can still whip up this hearty breakfast in just 3 steps.

Tip: Add bread, tomatoes and caramelised onions for an even more indulgent breakfast. Porco Rosso’s salmon dish doesn’t have an official name, but avid stans of Studio Ghibli have noted that it’s basically a salmon steak with cream-based gravy and baby carrots on the side. While the following recipe isn’t exact, the resulting dish does look very similar to the OG dish spotted in the anime film. While The Secret World of Arrietty didn’t show a recipe for this dish on screen, many fans have surmised that it is a classic Japanese cream stew. Made with vegetables and a milk-based roux, this heart-warming stew is best served hot on a cold day. For an even heartier dish, you can add chicken or pork cubes. Yuri!!! on ICE is a sports anime about Yuri Katsuki, a Japanese figure skater training for the Grand Prix Championship. Pork Katsudon takes on a central role as it represents Yuri’s zest for ice-skating.

Pork Katsudon is also a classic Japanese dish that can be found in Japanese fast-food restaurants. 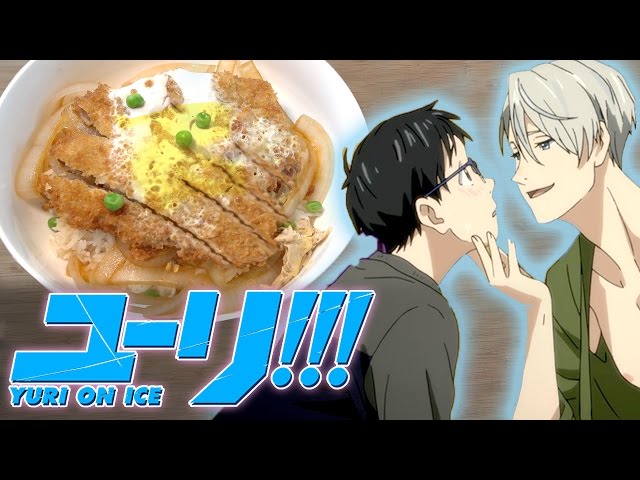 Furikake Rice first made its debut in episode 2 of Food Wars. Although it is only made of rice, scrambled eggs, chicken, and green onions, this simple dish relies on a secret ingredient to make it special: gelatin cubes. This recipe is a tad difficult if you have little cooking experience, but it gets easier after you’ve prepared the chicken broth. Image adapted from: Feast of Fiction 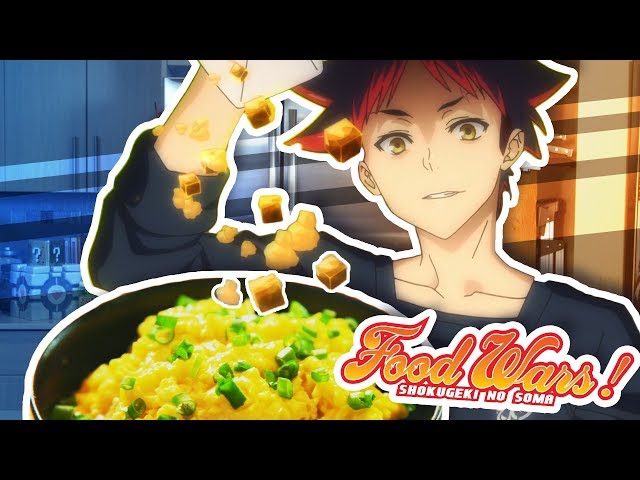 Chaliapin Steak Don appeared in a cooking showdown during episode 7 of Food Wars. A talented chef, Soma, surprises the panel of judges with an addictive meat-based dish made from cheap ingredients. If you’ve recently transcended from “newbie” to “being able to cook”, beef up your cooking skills with this Japanese-inspired steak. 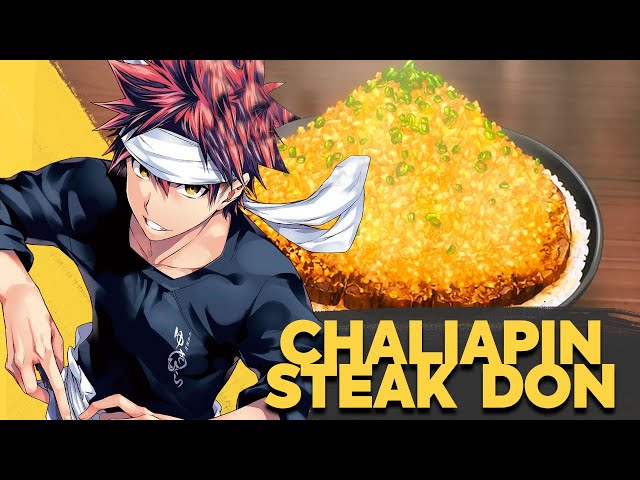 Gotcha Roast Pork is another highly raved anime dish spotted in Food Wars. Wrapped with bacon and baked with a faint scent of rosemary, this potato-based creation sets the benchmark high as the first dish of the anime series. 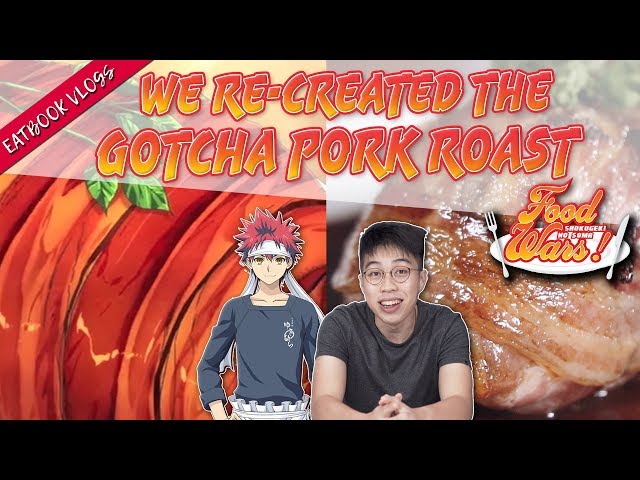 The Steamed Red Bean Bun was sighted in the best-animated film of all time – Spirited Away. Chihiro, the protagonist, munched on a mega-sized red bean steamed bun as she gazed into the night. While it’s much easier to buy it from a supermarket, making this pastry from scratch can be pretty fun and satisfying. 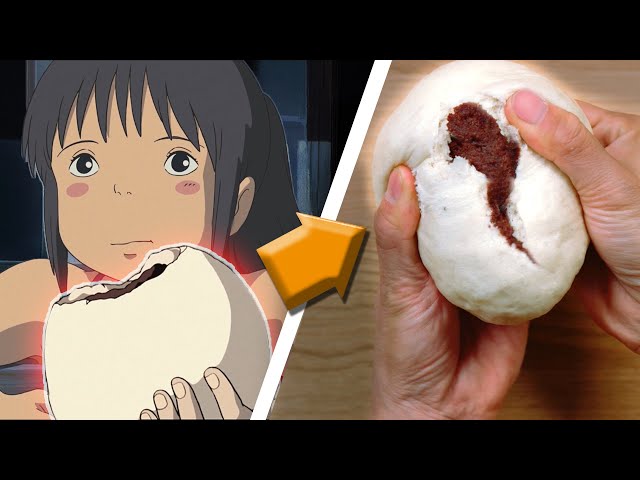 THE BIG STEAMED BUNS from Spirited Away | Feast of Fiction

If you, like many others, have long conquered every anime show launched, take a step further by fulfilling your anime dining fantasies – turning food on-screen into home-cooked dishes. Whether you’re a budding chef or putting the kitchen to good use for the first time, you’ll be impressed by how easy these Japanese recipes are to follow.