The phrase “thinking outside the box” is extremely apt when describing the artwork of Japanese cardboard artist, Monami Ohno, who only uses old cardboard boxes and glue to create some of the most intricate art sculptures. Monami, who goes by @monamincb on Instagram, started this creative endeavour about a decade ago, when she got complimented by a friend for making her first cardboard art. Since then, she has been inspired to make all sorts of sculptures that tickle her fancy. Monami’s works of cardboard art include sculptures of popular fictional characters, real-life products such as watches, and even food. The details of Monami’s work are intricate to a T, with her incorporating even the smallest details in her creations to make them look as realistic as possible. Her intricate creations have garnered her a considerable amount of followers over the years, and some of her work have even been displayed in galleries both in Japan and in other countries.

See some of her creations in action on YouTube 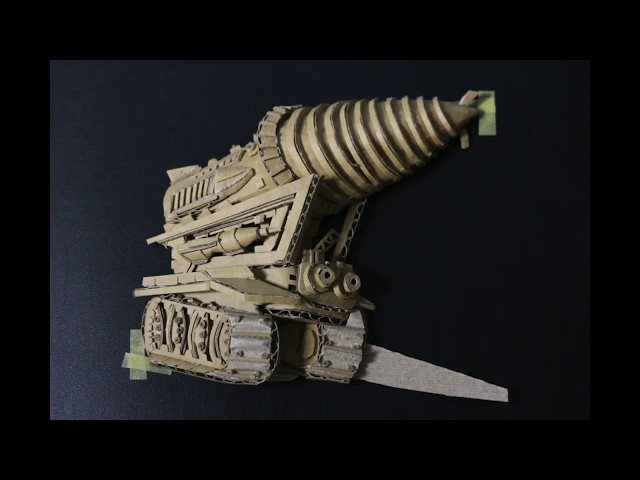 You can also visit Monami’s YouTube channel where she showcases some of her creations in greater detail, such as a stop-motion video where she builds a miniature version of a vehicle called The Mole from the British television show Thunderbirds.

Follow Japanese cardboard artist Monami for more of her work

To read more about other talented artists, check out: Mochi Ice Cream Ramen Is A New Melt-in-your-mouth Pairing That Will Give You Brain Freeze Or Blow Your Mind
One Piece Manga Celebrates 100th Volume Release With 5 Live-Action Drama Episodes With Reanimated Scenes...