Learn how to play shogi

Japanese chess, also known as shogi, is a centuries-old strategy game that continues to be a popular pastime and cultural asset to Japanese society. If you would like to venture into the fascinating world of Japanese chess, we’ve prepared a simple guide on how to play shogi.

Be sure to bookmark this article for easy reference so that you can revise your shogi fundamentals while you play.

1. Understand the objectives of shogi Shogi is a game where two players try to outwit each other by moving pieces strategically in order to capture the opponent’s king. The shogi pieces that represent the King
Image credit: @tousui_sakurai

To do so, you must force the opponent’s king into a checkmate, which means that there are no eligible moves left for the king to escape from being captured. You’ll then say “詰み” (tsumi; checkmate), and the game will end with your victory.

If the king can be captured in the next turn if it does not move, it is called a “check”. A check does not have to be verbally announced in the game. However, if you choose to do so, you can say “王手” (oute).

The game can also end in other ways. If the identical chess positions occur for four turns in a row, the game ends in a draw.

If a never-ending check arises for four turns in a row, in which the same chess pieces’ positions are repeated, the player checking the opponent loses the game. Stalemate – when a player runs out of legal moves, resulting in an immediate draw – almost impossible in shogi as captured pieces can be dropped back into the game.

Instead, the game may reach an impasse (持将棋; jishougi). This happens when both players’ kings have reached the other player’s promotion zone, and neither player can either gain any more chess pieces from the other party.

In this case, the two players can settle for a point system. Bishop and Rook are valued at five points each, and the others are one point each.

After counting the total points from current and captured pieces, the player with less than 24 points loses. If neither player falls below 24 points, the game ends in a draw. Most shogi games are played on a 9 x 9 chess board. Each player begins with 20 pentagonal pieces, and the pieces should point towards the opponent.

The pieces are laid out in the following order:

3. Know the pieces and their movements

Next, you’ll need to learn how to recognise the pieces and how they move. The first piece you’ll learn is Lance. On the chess piece, the kanji is written as “香車” (kyosha; incense chariot). Lance can only move forward. Following which, we have the Silver General. It is written as “銀将” (ginshou), and it can move either one tile in any diagonal direction or one tile forward. Then, we have the Gold General, which is written as “金将” (kinshou). It can move one tile in any direction, except diagonally backwards. The Bishop, written as “角行” (kakugyou; diagonal mover), can move in any diagonal direction. The Pawn, or “歩兵” (fuhyou; foot soldier), can advance one tile forward every turn. Finally, as the most important piece in the game, the King can move one tile in any direction. An interesting detail to note is that the King is the only chess piece with differentiating kanji to distinguish it from your opponent’s king.

It is written as “王将” (oushou; king general) or “玉将” (gyokushou; jeweled king) – the difference lies in the additional dot on the bottom right of the kanji for the jeweled King. When your pieces move into the the rows nearest to your opponents, you have the option to promote your pieces. In a physical game of shogi, the pieces are flipped over to the side with red words when they are promoted. Promotion is always done at the end of a move. In other words, your piece has to move based on its original range first. You’re only allowed to promote the shogi piece at the end of the turn.

When the pieces are promoted, their range of eligible moves changes. For the Promoted Lance (成香; narikyou), Knight (成桂; narikei), Silver General (成銀; narigin), and Pawn (と金; tokin), the eligible moves becomes those of a Gold General. In other words, these pieces can move one tile in any direction, except diagonally backwards. Meanwhile, a Promoted Bishop (龍馬; ryuuma) gains the ability to one tile in any direction, on top of its current range. The Promoted Rook (龍王; ryouou) gains the ability to move one tile in any direction, on top of its current range.

The King and Gold General cannot be promoted.

Note: You must promote your Pawn or Lance when it reaches the end of the chess board on your opponent’s side. The same goes for the Knight in the last two rows.

5. Capturing and dropping a piece When you capture your opponent’s shogi piece, your own piece takes the position of the captured piece. From this point on, the gameplay begins to starkly differ from traditional English chess.

In shogi, you’re able to use captured opponent pieces as your own. As such, when you capture an opponent’s piece, you’ll retrieve your opponents’ piece and place it beside the game board on your side, with the unpromoted side facing upwards. Later in the game, you’re allowed to drop the opponent pieces into an empty tile on the gameboard as your own piece.

You can only drop 1 piece every turn, and each shogi piece is dropped unpromoted. It can only be promoted on the next move.

There are several rules regarding dropping pieces:

One of the most important things to do in the beginning is castle building. In shogi, the original position of the king is highly perilous. There’s even a proverb that goes, “Avoid a sitting king”. As such, it is common to move the king into a good defense position early on by building “castles” to protect the king.

There are many “castles” to choose from, and the list is ever expanding as current shogi professionals continue to invent innovative ways to protect the king.

One of the most common “castle” to construct is the Yagura Castle. The king is surrounded by pawns, generals, knights, and the rook in the following manner: Layout of a Yagura Castle
Image adapted from: Shogi Pages Your Bishop is threatening both your opponent’s Silver General and Lance, forcing them to sacrifice a piece.
Image adapted from: Shogi Playground

Fork: Drop or move a piece strategically so that two of your opponent’s pieces are threatened at once. This forces your opponent to sacrifice a chess piece. Your Bishop is threatening the Silver General, but it cannot move away as there will be a checkmate.
Image adapted from: Shogi Playground Your Bishop is threatening the King, thus your opponent must move it away, but that also entails sacrificing the Silver General.
Image adapted from: Shogi Playground

Skewer: Like a pin, a skewer occurs when the opponent is forced to sacrifice a piece in order to protect another piece along the same row, column, or diagonal. The difference is that the more valuable piece is under direct attack, unlike in a pin. A Pawn is stopped directly in front of your opponent’s Gold General – if it goes in to take the Pawn, you can capture the Gold General with your Silver General.
Image adapted from: Shogi Playground

A striking pawn: Drop a pawn directly in front of your opponent’s piece to force your opponent to move away and break up their defense. You can also lure your opponent into capturing the pawn before unleashing a sneak attack.

8. How to improve your shogi skills The best way to learn and improve in shogi is to practice. Join a shogi club as that’s the best way to advance along the learning curve.

However, as new players, you may be adverse to testing out your amateur skills against actual shogi players. Fret not: there are many ways to enhance your shogi skills alone. 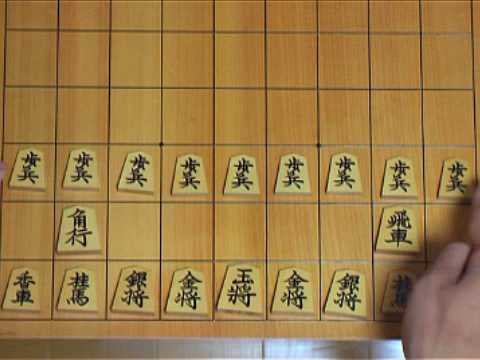 How to play Shogi(将棋) -Lesson#1- Introduction

Watching shogi tutorials on YouTube is another good way to learn as it will expose you to a variety of game techniques. A channel we recommend is HIDETECHI, where you can find a series of different shogi openings, basic pawn tactics, and analyses of famous shogi games.

Understand how to play shogi

Now that you’ve learnt more about how to play shogi, be sure to keep practicing and you’ll be able to showcase your mental prowess on the chessboard in no time. 11 Sad Anime Series To Watch If You Need A Good Cry To Relieve Stress
Cheers One: A Cheerleading Cafe That Will Infuse Your Meals With Happiness