For many of us, loving what we do can be challenging as not everyone is fortunate enough to secure their dream job. But luckily for this security guard in Japan, he seems to be living his best life and enjoying his work to the fullest as he was spotted dancing while enthusiastically directing traffic. 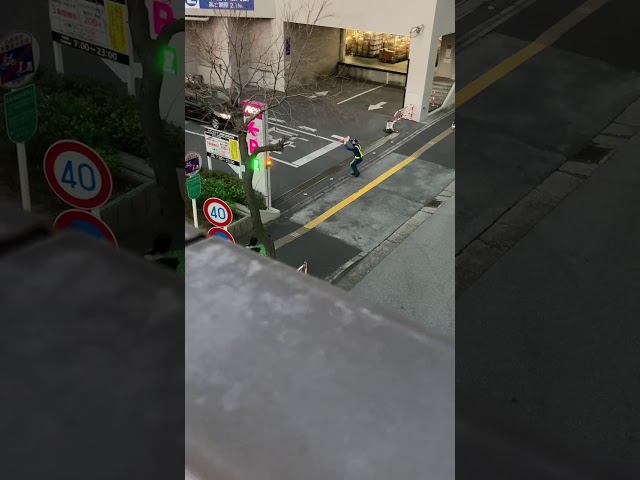 On 7th February 2021, user
@Flamingo_310 spotted an enthusiastic security guard dancing while directing traffic in an exaggerated manner and thus shared a video of him on Twitter. The tweet quickly went viral, garnering over 2.8 million views and 199,000 likes in less than 3 days. In the video, the security guard is seen doing his job – directing traffic. But instead of using normal hand gestures to direct the oncoming cars and pedestrians, he uses exaggerated actions, such as Mario jumping and waving his arms. Although user @Flamingo_310 didn’t say where the video was taken, netizens on Twitter surmised that the scene likely took place outside AEON STYLE Kemigawahama, a shopping mall in Chiba Prefecture.

OP’s tweet generated a buzz online and many netizens replied to show their admiration for the dancing security guard.

User @tama_030202030, who shared that he’s also a security guard, replied that it’s a stressful job and he’s never seen someone so enthusiastic while working. Even though he doesn’t know this guard personally, he hopes that he can continue being enthusiastic about his work.

Another user, @dMHXkqNRB7lAdiy, said that she deeply respects security guards who put in extra effort to ensure the safety of pedestrians.

User @natuki_kona commented that with such an enthusiastic security guard directing traffic, drivers probably wouldn’t mind waiting patiently for pedestrians to pass, and pedestrians also wouldn’t mind doing the drivers a favour by crossing the road a little faster.

Another user, @hellohe20941321, agreed that waiting for their turn on the roads would be more fun and relaxing with such a security guard.

Besides commending the security guard’s attitude towards his work, some also talked about his moves. User @meow_meow923 said that the guard’s movements make for a great full-body workout as it included squats, lunges, stretching, and arm rotations.

In response to the original tweet, netizens took the chance to share other instances of dancing security guards that they’ve encountered.

Back in 2007, there was a video of a similarly enthusiastic security guard who was dancing while directing traffic. This was taken outside the Shimachu building, near Nishi Kasai Station in Edogawa, Tokyo.

In 2017, another enthusiastic security guard was spotted dancing while directing traffic out towards the main road in Nagasaki Prefecture.

Check out these articles for more heartwarming news: