Besides Attack on Titan: The Final Season, which was mentioned in our previous upcoming anime article, there are many other titles worth checking out when the Winter 2021 anime season graces us in December. We’ve compiled 9 new anime coming out in Winter 2021 that you should keep an eye out for. Horimiya follows the story of the beautiful and intelligent Kyoko Hori, and the boring and seemingly unapproachable Izumi Miyamura. The two classmates would never have been more than acquaintances if not for an unexpected encounter outside of school. Both Hori and Izumi are hiding their real personas behind the image they put up in school. After finding out how different they are outside of school, the two agree to keep it a secret. As they start spending more time together, an unlikely friendship and eventual romance between the two blooms. Log Horizon follows Shiroe and his allies as they settle down in the world of Elder Tale, a popular multiplayer online role-playing game. During one of the game updates, 30,000 Japanese players suddenly find themselves trapped in the virtual game.

These players are later known as “Adventurers” in the in-game world, and most of them end up living as members of various guilds in Akihabara, or “Akiba” for short. Shiroe forms the Round Table Alliance with 11 leaders from the influential guilds in Akiba. The alliance serves to manage the things that happen in the land. Together, they try to get used to their new reality, get to know other people in the game, fight against evil forces, and find a way back to the real world. In this 3rd season of Log Horizon, Shiroe and friends will face unprecedented troubles. Even after living together in Elder Tale for a year, there are still many issues between the Adventurers. These problems, as well as monsters, threaten to destroy the harmony in Akiba.

Shiroe and his allies will struggle to find a way to maintain peace and prosperity in the land. But the most important question remains: will they find a way to bring everyone back home safely? Re: Zero Starting Life in Another World follows the story of Subaru Natsuki, a 17-year-old recluse and gamer. One day, Subaru is mysteriously transported to a fantasy world where he encounters Emilia when she tries to save him from muggers.

Although Subaru later dies during the attack, he was able to resurrect himself due to his special ability, “Return by Death”. It allows him to change how events are played out every time he dies. Every time Subaru gets revived, only he will remember what happened in the previous timeline while everyone else’s consciousness will be reset. Due to Emilia’s act of kindness towards him, Subaru vowed to help her succeed in her goal of becoming the land’s ruler. The new season picks up from where the 1st left off – Subaru and Emilia are currently stuck in the forest where they have to clear 3 trials successfully in order to escape. Re: Zero Starting Life in Another World is a show that will keep the audience on their toes as the story progresses in unexpected ways. Watch as Subaru struggles and try yet again, despite countless deaths and resurrections, just to keep Emilia safe and help her become the ruler of Lugnica. 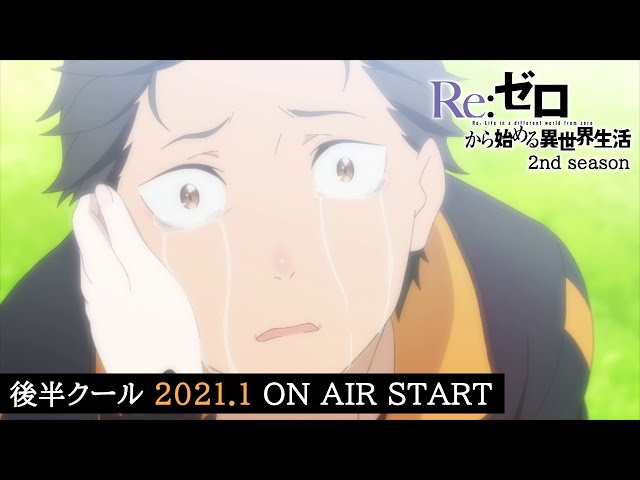 The highly anticipated 2nd instalment of The Promised Neverland will bring you on a rollercoaster ride of emotions as it picks up from where it left off in the previous season.

The 1st season followed Emma, Ray, and Norman as they struggled to escape their orphanage, Grace Field House, after finding out that they would be killed and eaten by demons if they continued to stay there. The new season sees the children struggle to flee from the forest they were stranded in after escaping the huge walls surrounding the orphanage. Emma and the others will have to navigate deep in the forest – and a world completely different from what they’d read in books – in order to survive. There will be new discoveries, new information, and new characters in this new season of The Promised Neverland. The children will come across forest creatures, demons, and other children that have escaped from different orphanages as they go along. In the 3rd season of Non Non Biyori, Renge, Hotaru, and friends are back to keep us company with their tranquil and slow-paced countryside life around 5 years after the 2nd season ended. The slice of life series started with 5th-grader Hotaru Ichijo transferring to Asahigaoka Branch School after her family had moved over to the rural town.

As it is a small countryside, the school only has one class with a total of 4 students all in different grades – 1st-grader Renge Miyauchi, 7th-grader Natsumi Koshigaya, 8th-grader Komari Koshigaya, and 9th-grader Suguru Koshigaya. Hotaru befriends Renge and the Koshigaya siblings and they spend their daily lives in the countryside together. Non Non Biyori follows the lives of the 5 friends as they study together, have fun, and make precious memories while showing the audience the stark differences between living in a city and the countryside. 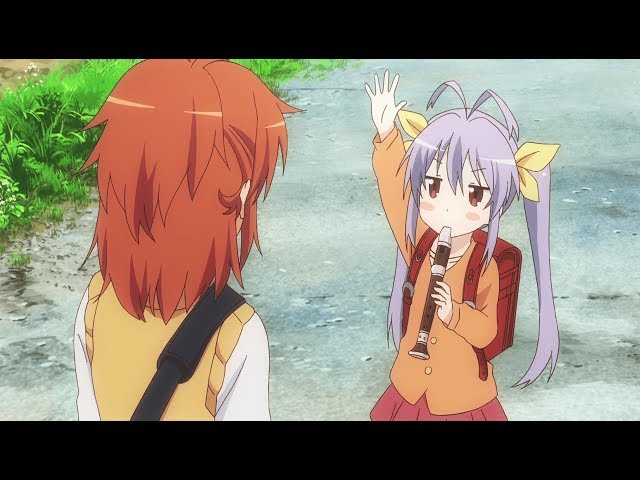 The story follows the 3rd princess of Liones, Elizabeth, and the 7 legendary knights known as the Seven Deadly Sins. The knights fight against Holy Knights who have defected from the kingdom of Liones, as well as the demon armies, in order to keep their people safe.

Despite countless battles between the Seven Deadly Sins and the demon forces, the war still rages on. In this season, we will see Meliodas, the head of the Seven Deadly Sins and the son of the Demon King, strive to defeat his father, become the next Demon King, and try to put an end to this prolonged war with the demons once and for all. He fights persistently in the hopes that Elizabeth and the kingdom of Liones will be safe and protected. 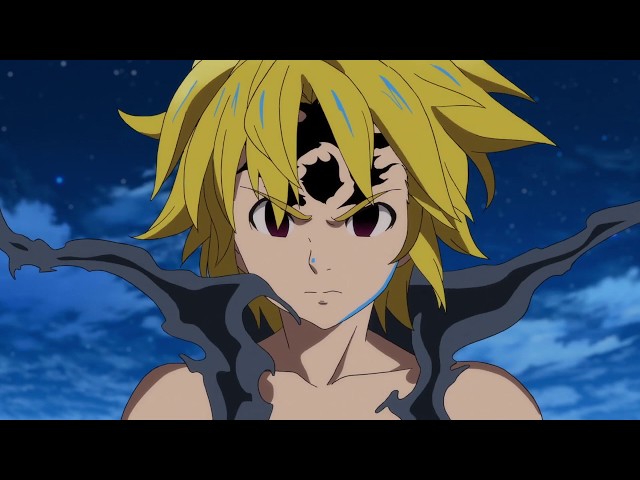 Mushoku Tensei: Jobless Reincarnation tells the story of a 34-year-old unemployed loner. He is given a new chance at life in a fantasy-like world after being reborn as an infant named Rudeus Greyrat.

Although he may look like a newborn, Rudeus has kept his intelligence and memories from his past life. As a result, Rudeus is able to pick up combat skills and hone his magic abilities from a young age. Having led a meaningless life in the past, Rudeus resolves to make the most out of his new life and become a better person.

As Rudeus grows up, he will form bonds with his childhood friend Sylphiette, the quick-tempered but skilful swordswoman Eris, and the young demon teacher Roxy. He will also learn to fight and protect what is precious to him. 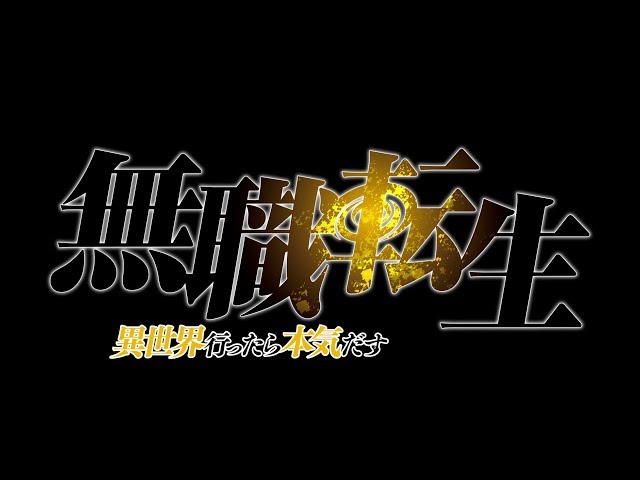 The Low Tier Character “Tomozaki-kun” follows the life of Fumiya Tomozaki, who’s an expert gamer but a “failure” in real life. He loves playing games because his efforts are always rewarded in the game, unlike how it is in reality. He firmly believes that real life is unfair, unpredictable, and unsatisfying. However, this changes when he meets Aoi Hinami, a gamer who’s also a popular and smart student in school. Aoi resolves to help Fumiya “win” in the game of life by teaching him step by step and setting tasks for him to clear – just like in a video game. 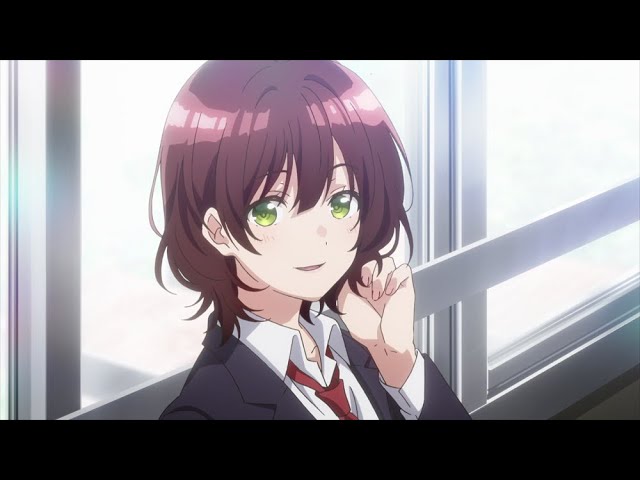 Laid-Back Camp follows the introverted Rin Shima and boisterous Nadeshiko Kagamihara after they accidentally get to know each other while camping on Mount Fuji. The unlikely duo soon become friends due to a shared love for camping and Mount Fuji. This slice of life series will showcase the fun camping adventures of the 2 girls and others they befriend over the course of the show. It will teach us the wonders of winter camping and the power of friendship that is formed from a common interest. 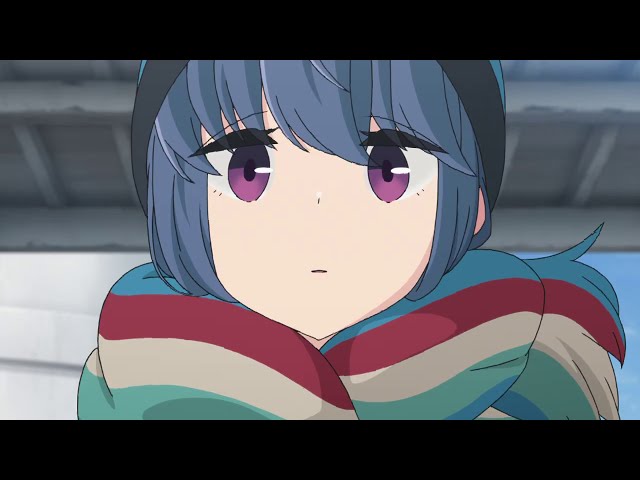 New anime in Winter 2021 to look forward to

As the Fall anime season is wrapping up soon, it’s a good time to find out about the new titles coming up next. Do keep a lookout for these new anime series when the Winter 2021 season begins in December.

Check out other anime-related articles: Cardboard Cat Shrine Lets You Worship Your Cats As They Snuggle & Chill
Burger King Japan Unveils “Bunless” Burger, Perfect For Those On A Low-Carb Diet