With lockdowns sanctioned all over the world, it’s been nigh impossible to travel physically. But thanks to Animal Crossing: New Horizons, players have been able to live vicariously through the game and explore islands whenever they want. There’s no doubt that this has contributed to the cult-like popularity of Animal Crossing: New Horizons (ACNH).

Halloween is approaching, and to celebrate the spooky holiday, Nintendo will be releasing a free ACNH game update on 30th September.

The update will allow players to take part in Halloween activities such as DIY pumpkin decoration and dressing up in Halloween costumes. Grow your own pumpkins in your garden

Nintendo recently released a video announcing an update, which will be made available on 30th September, for Animal Crossing: New Horizons. The video showed a variety of fun Halloween festivities players can take part in after the update.

For example, you can decorate your island and home with pumpkin-themed decor by purchasing pumpkin seeds from Leif or Nook’s Cranny in October. Grow the seeds in your garden and wait for them to be ready for harvest.

After the pumpkins have grown, you can harvest them for use in pumpkin-based DIY projects. The recipes for these DIY projects can be obtained from your fellow residents. Stock up on lollipops and candies before the main Halloween event so that you can go trick-or-treating with your neighbours. You can also obtain special in-game rewards and avoid getting spooked by the naughty residents by using these candies. You can also purchase Halloween costumes at the Able Sisters’ shop. Customise your Halloween look even further by exchanging Nook Miles for body paint and coloured contacts. There will be a Halloween night event on 31st October, from 5PM-12AM. From 5PM onwards, everyone will be gathered in the plaza, which will be decked out with an array of Halloween decorations.

You will also receive a surprise visit from a mysterious guest called Jack, who claims to be the “czar of Halloween”. Give Jack lollipops and candy to earn spooky in-game rewards. Let loose, spook your neighbours, and go trick-or-treating to your heart’s content throughout the 7-hour event in Animal Crossing: New Horizons. These “Reactions” will come in useful when celebrating Halloween in ACNH as you can react with a “terrified” face when your residents prank you or use a “frightening” face to scare your neighbours. 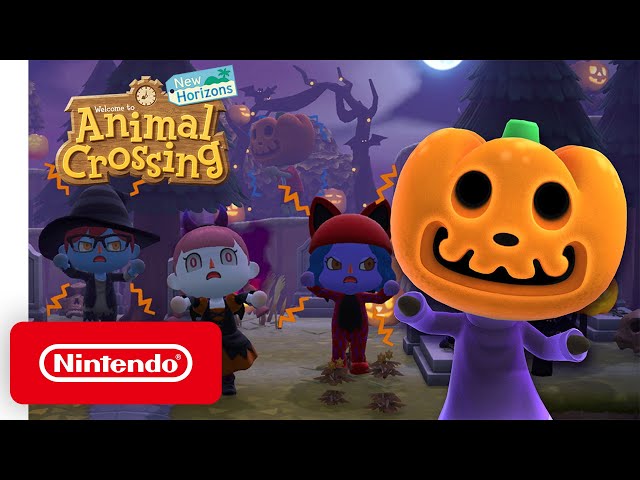 Halloween is nearing and the fun never stops in Animal Crossing: New Horizons. During this special occasion, have fun dressing up in a spooky outfit, making pumpkin decorations, and trick-or-treating with everyone on the island. 11 Unique Japanese Architecture That Look Like They Came Straight Out Of A Sci-Fi Anime
11 Romance Manga To Read So You Can Fill The Void In Your Non-Existent Love...