Throwback to a time when we had to dial a telephone number to use the internet, when Netflix was just a DVD rental store, and anime wasn’t as easily accessible as it is today. If you didn’t live in Japan, watching your favourite 90s anime series meant rushing home after school to catch it on select cable television channels, or purchasing the DVD box sets – if your parents were feeling generous.

Some of the 90s anime we watched back then were also only available in awkward dubbed versions. While the dubbed versions sound pretty bad today, they still had us thrilled to bits back then and certainly evoke nostalgia now. But for the record, subs beats dubs.

We’ve compiled a list of our favourite 90s anime series from our carefree childhood years that’ll have you reminiscing those afternoons after school, anxiously waiting for your favourite anime series to air on TV. Hella rad. Gundam Wing is the sixth instalment in the Gundam franchise, a cornerstone of the mecha genre.

Set in the 2200s, Gundam Wing chronicles the war between Earth and its orbital colonies in space. Earth oppresses its space colonies with its military might, while the colonies seek independence under the flag of a pacifist leader – until he’s assassinated.

20 years after his assassination, 5 pilots from the oppressed space colonies are sent to Earth in their advanced mobile suits – also known as Gundams – to defeat a shadowy organisation. In doing so, they can disarm the tyrannical United Earth Sphere Alliance and free the colonies.

Gundam Wing popularised the Gundam series in the West. Gundam Wing was the first in the Gundam franchise to be aired on American television, making it popular amongst mainstream audiences outside of Japan. It has received several adaptations in manga, light novels, and video games.

And we’ve got good news for Gundam fans – the remastered versions of the Mobile Suit Gundam franchise are streaming on YouTube for free. They also include subs and dubs in multiple languages. Most kids growing up in the 90s will remember Sailor Moon and the flashy transformation scenes, along with the iconic line above. The series was instrumental in making the magical girl genre popular with mainstream audiences.

With her newfound powers, Usagi must defeat the evil forces of the Dark Kingdom and rescue the moon princess, Princess Serenity. Usagi is joined by fellow Sailor Guardians – Sailor Mercury, Sailor Mars, Sailor Jupiter, and Sailor Venus. Using the powerful bond of their friendship, they defend Earth and fight to protect the universe from forces of evil. The series was wildly popular in Japan and overseas. The flashy transformation scenes and pretty schoolgirls in sailor uniforms have become pop culture icons of their own, and many 90s kids still reminisce about the series – just check out the Tumblr edits and TikTok videos. 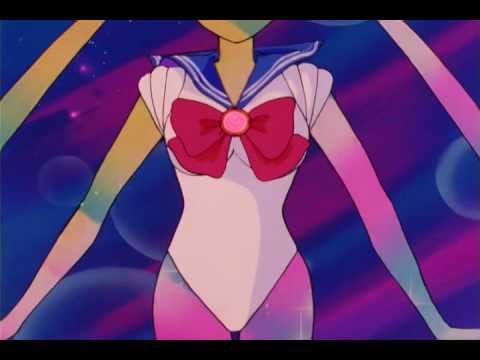 The first 3 seasons are available for free on the official YouTube channel, but the episodes are only available in select regions. Otherwise, you can find the subbed and dubbed versions on Hulu. It’s been 15 years since Earth was ravaged by Angels – powerful, giant alien beings with destructive powers. Most of Japan resides in the futuristic and heavily fortified Tokyo-3, which can quickly convert itself into a giant emergency shelter for the civilian population.

Shinji, a high school student, is enlisted by his father to join his organisation, NERV, to pilot the Evangelion – a massive semi-sentient bio-mecha that’s capable of fighting the Angels. However, controlling the Evangelion puts a huge strain on the psychological and physical state of the pilot. An angsty teenager going through hormonal mood swings and sexual frustration, Shinji’s already-fragile psychological state quickly deteriorates.

Neon Genesis Evangelion is so much more than a run-of-the-mill mecha anime as it discusses the emotions and psychological issues of the pilots. It goes a step deeper and even plays on themes such as the impact of humanity’s existence, religious imagery, and psychoanalytical theories. Evangelion is one of the most influential animes of all time, and it has been accredited with reviving the dying anime industry and otaku culture in the late 90s. The series continues to be loved by many even today.

The series began streaming on Netflix last year, after years of only being legally available in DVD and Blu-ray formats. One thing’s for sure – you don’t skip the opening theme. If you remember the weird kid screaming at the playground to reach Super Saiyan mode and making a kamehameha wave, you probably grew up in the 90s.

The sequel to the original Dragon Ball series, Dragon Ball Z is also centred on the protagonist, Son Goku, and his adventures in defending Earth from android aliens and magical villains. Dragon Ball Z follows Goku into his adulthood and also explores the story of his son, Gohan, and his rival, Vegeta. The protagonists and antagonists are in a constant battle against each other for the 7 dragon balls, which will grant any wish to anyone who collects the full set.

This anime soap opera is widely popular around the world, and it has a special place in the hearts of many kids growing up in the 90s.

Fun fact: The Dragon Ball series is loosely based on the Chinese tale of Journey to The West and its main character, Sun Wukong. It’s been 11 years since the feared assassin of the Bakumatsu War, Hitokiri Battousai (人斬り抜刀斎), was last seen. Literally translating to Sword-drawing Manslayer, he was named after his lightning-fast technique of killing anyone with just one sword draw.

The assassin turns into a peace-loving wandering swordsman, Himura Kenshin, who roams around the countryside of Japan with a reverse blade katana. With its edge on the wrong side of the blade, the sword represents Kenshin’s resolve to never take another man’s life again, and his determination to protect Japan’s newfound peace.

The series is centred on Kenshin’s journey in fighting for peace and love. It’s set against the backdrop of the troubled beginning of the Meiji Government, as Japan transitioned from a feudal system to a federal government. Rurouni Kenshin is also known as Samurai X in the West, coined from the distinctive X-shaped scar on his face. It is one of the most-watched anime series in Japan of all time. Rurouni Kenshin has a few spin-off series and movies, and even live-action movie adaptations that are faithful to the source material.

It’s the year 2071, and humanity has colonised most of the Solar System. Earth is left uninhabitable after an accident. To help cope with soaring crime rates, the Inter Solar System Police (ISSP) engages the help of bounty hunters, or Cowboys, to capture criminals in exchange for cash. Cowboy Spike Spiegel, an ex-hitman from the Red Dragon Syndicate, leads a merry gang of Cowboys onboard his spaceship, the Bebop.

Cowboy Bebop is widely-recognised as one of the most iconic anime series ever made, and is responsible for anime’s popularity in the West by introducing the medium to a new generation of fans in the early 2000s. Arguably a genre of its own, Cowboy Bebop incorporates cyberpunk science fiction, motifs from western and noir films, and discusses philosophical themes such as loneliness and existentialism. 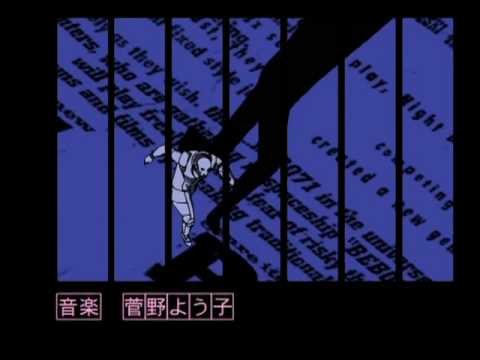 Shinichi Kudo is a charming high school student and a brilliant detective. His knack for solving complex mysteries aroused the interest of the Black Organisation.

While on an investigation, the crime syndicate captures him and forces him to ingest a poison. Instead of killing him, the poison causes him to shrink and transform into a child. Shinichi is forced to act as an elementary student under the name of Conan. He tags along with Ran Mori, his childhood friend, and her father, Kogoro Mori, a private detective. The series follows Conan as he shadows Kogoro on his cases. Whenever Conan cracks a case, he tranquilises Kogoro and reveals his findings by impersonating the veteran private detective with a voice changer.

Detective Conan is a much-beloved series for its complex mysteries and thrilling moments when a case is cracked. Its fans range from young children to adults.

Movie adaptations are still being released today. The latest one will be released in April 2021, so fans have something new to look forward to. In 1999, seven children were transported into the Digital World by Digivices. There, they befriend Digimon – digital monsters with the power to combat enemies – and learn that they are DigiDestined to save the Digital World.

While it was initially perceived as a Pokémon rip-off, the series had more realistic interactions between the characters. It also discussed deeper themes of science fiction.

The series spawned countless merchandise, notably the Digivice, which capitalised on the digital pet craze in the early 2000s. We guess there is no such thing as ethical consumption under capitalism.

A reboot of the original series premiered in April earlier this year. Set in 2020, the series also follows the adventures of the children and their Digimon partners. Yusuke Urameshi isn’t the typical preppy protagonist – he’s a brooding up-to-no-good 14-year-old street-brawling delinquent. Yusuke was struck by a car and killed after a surprisingly selfless act to save a child. Down in the Underworld, Yusuke’s valiant act impresses Koenma, the son of the Underworld’s ruler. He presents Yusuke with a series of tests which will allow Yusuke to return to the Human World. Yusuke passes and returns to life.

Back on the living plane, Yusuke is tasked with the duties of a Spirit Detective. With the ability to fire reiki (spirit energy) from his index finger, Yusuke has to investigate supernatural activity and maintain the balance between the Spirit World, the Human World, and the Demon World. Yu Yu Hakusho then transitions into a martial arts-focused series, which sees Yusuke battle against demons in tournaments. The dark-action series is based on one of the best-selling shonen manga of the 90s, and it was voted as the best anime of the year in 1994 and 1995. The series also saw success amongst young males around the world, especially in the USA and in the Philippines.

Fun fact: The series was only second to Sailor Moon in the 1993 Anime Grand Prix. The creator of Yu Yu Hakusho, Yoshihiro Togashi, is married to Naoko Takeuchi, the author of the Sailor Moon series. 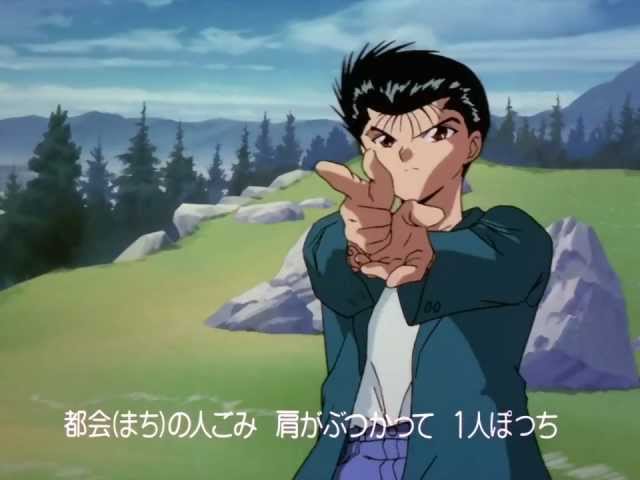 17-year-old high school student Hajime Kindaichi is very much like any other teenage boy – lazy and pervy. Behind the facade of an ordinary teenager, Kindaichi is a brilliant detective with an IQ of 180, and has amazing deductive reasoning. Along with his friends and fellow detectives, Kindaichi solves a series of seemingly unsolvable crimes and locked room mysteries.

The Kindaichi mysteries typically involve gruesome murders with a hint of the occult, although these are foiled by his genius. The series’ villains aren’t portrayed as one-dimensional bad guys, but are shown in a sympathetic light – they’re usually victims of traumatic events.

While Detective Conan usually solves mysteries in a short while, Kindaichi’s mysteries span across 3-4 episodes each.

The Kindaichi series is based on the manga of the same name. It was the most popular series during its original run from 1992 to 2000. It even helped the Weekly Shonen Jump magazine solidify its status as a manga powerhouse and the top-selling manga magazine in the 90s. 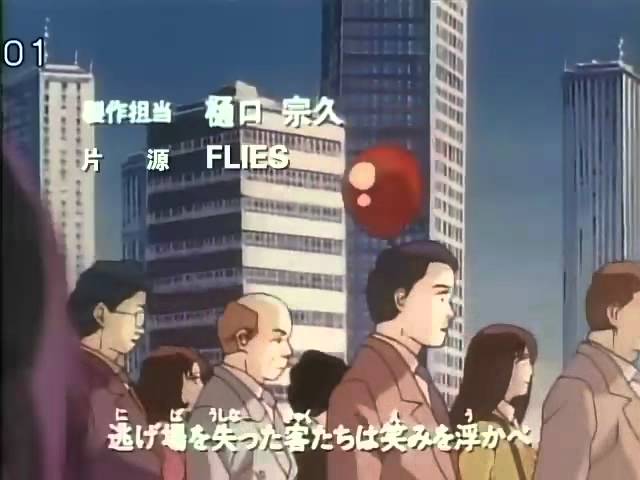 For many of us 90s kids, anime was the only Japanese content available to us when we were growing up, and it certainly did a good job of making our childhood super schwing. Whether you grew up watching these 90s anime, or you’re a zoomer looking for classics, we’re sure these series still pack a serious punch. 10 Japanese Cooking Channels On YouTube For Food Inspo Or To Satisfy 3AM Supper Cravings
9 Upcoming Anime Series And Movies To Look Out For In The Second Half Of...