It’s only March and 2020 is already a rough year. COVID-19 has taken over the world, with multiple countries such as Italy, Spain, and our neighbor Malaysia, on lockdown. Indonesia is catching up, currently working to test many of its citizens – especially those residing in Jakarta, the densely populated capital city that’s unsurprisingly the hotspot of transmission – as the number of COVID-19 deaths here rise to 25, the highest toll in Southeast Asia.

While Jakarta schools are temporarily closed and many companies have started directing employees to work from home, a large number of the city’s population do not have the luxury to do so. Additionally, public transportation is running on a limited schedule as of this week, so people have no choice but to stand in long lines, risking their health.

Image credit: Ministry of Health of the Republic of Indonesia

As of 17th March 2020, the Indonesian Ministry of Health’s (Kemenkes) website reports that among the 1,522 people tested for COVID-19, there are 172 confirmed cases, with 9 patients cured and 5 who passed away. This is only the beginning, as Reuters reports that Achmad Yurianto, a health ministry official, warns that the number of cases will rise as more and more people get tested.

As mentioned earlier, Jakarta has the highest number of confirmed cases, though parts of the greater Jakarta region, West, Central and East Java, Bali, as well as the Riau Islands, Kalimantan and Sulawesi have also reported COVID-19 cases.

Despite ongoing efforts to tackle the virus, there has been a public outcry among medical workers and the general public, who urge that tests be done faster and for more people.

So far, there are 8 hospitals that conduct COVID-19 diagnostic tests in Jakarta. Additionally, on 17th March 2020, Jakarta’s public health services official Weningtyas announced that more will be added to the list, including private hospitals, as reported by Liputan6.com.

Steps taken to prevent further spread of the virus 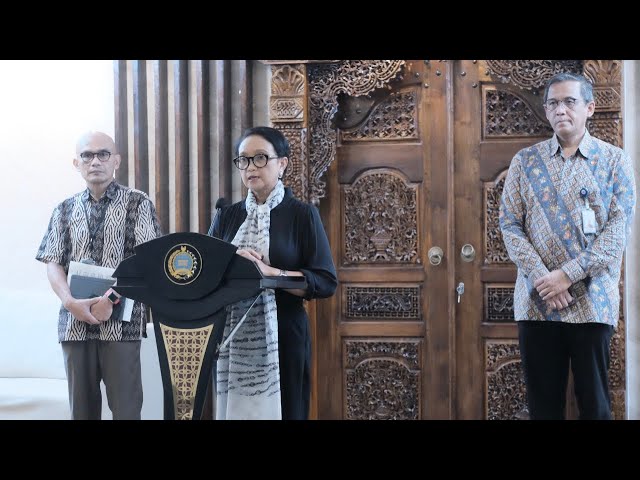 Retno Marsudi, Indonesia’s foreign minister, making a press statement on additional measures of the Indonesian government in response to COVID-19
Video credit: Ministry of Foreign Affairs of the Republic of Indonesia

President Joko Widodo has yet to officially declare a state of emergency at the time of writing.  But the National Board of Disaster Management’s (BNPB) Doni Monardo has extended the status of “specific outbreak emergency” (status keadaan tertentu darurat bencana) in Indonesia until 29th May 2020.

In a press statement made on 17th March 2020, Indonesia’s foreign minister, Retno Marsudi, implored Indonesian citizens to return to Indonesia. As for foreign visitors, they are now required to submit a health certificate along with their visa applications.

She added that travellers who have visited the following countries in the last 14 days are not allowed to transit in or enter Indonesia: Italy, Vatican City, Spain, France, Germany, Switzerland, the UK, and Iran.

What you can do to contain COVID-19 Things are escalating really quickly in Indonesia, and though the situation can make you feel hopeless, there are small steps you can take to minimize the spread of the virus in your community.

In the last two weeks or so, we’ve seen the term social distancing floating around. While this combination of words sounds lonely, it does help to take a break from your usual social activities of going to the bar after work to hang out with your friends.

Since working from home is already an option for a considerable number of Jakarta’s working population, self-isolation doesn’t have to be so bleak. Not only will you save energy from not having to charge through the traffic of Jakarta, but you could also eliminate chances of passing the virus onto more vulnerable people, even if you do not show any symptoms.

Make sure you eat well, get enough rest, and stay alert. Most important of all, just because you might be physically apart from your friends and family, it doesn’t mean you shouldn’t still maintain social interactions. Give them a call and keep each other company through these trying times.