With everything that’s been going on, it’s only natural that we crave some wholesome news. Appreciating the work of our local creators is one way to get through this tough time.

Artist Reza Febrino expertly edited iconic West Sumatran sites such as the Siti Nurbaya Bridge and Padang Beach, making them look as if they came straight out of a flick by Makoto Shinkai – creator of popular sentimental anime feature films such as Weathering with You (2019) and Your Name (2016).

Hopefully, this artistic tribute to West Sumatra will not only cheer up anime fans, but also Indonesians who miss traveling within our country.

West Sumatra, but make it anime Reza posted his beautiful anime-style edits of West Sumatra’s landscapes on his Instagram account named @nishisumatora – which is Japanese for West Sumatra. He used lots of soft colors and dreamy vibes typically associated with background art used in anime to depict feelings of nostalgia. Other famous Padang sites that were given the anime treatment are Masjid Raya Sumatera Barat (Grand Mosque of West Sumatra), the largest mosque in the region, and Pantai Padang (Padang Beach), a major hangout spot in the city. Padang, which is the capital of West Sumatra, isn’t the sole focus of the “Nishi Sumatora” project. You can also catch a glimpse of Tabiang Takuruang, which is located farther north in the province. Visitors normally go to this nature tourism spot there to take in the panoramic view and fresh air. Bukittinggi, a city which isn’t far from Tabiang Takuruang, is also featured on Reza’s Instagram page. Anyone attempting to cover West Sumatra’s tourist spots will definitely want to stop by the clock tower Jam Gadang – which literally means Large Clock. Think of it as Bukittinggi’s Big Ben, located smack in the center of the city. One fun fact about Jam Gadang is while Roman numerals are used on its face, the number four is depicted as IIII instead of IV.

Lamenting about 2020’s Eid celebrations during the pandemic

Some of the images on Reza’s feed were used in his animated short film Lebaran Tahun Ini (This Year’s Eid), with scenes from empty mosques to quiet streets in Padang, which focuses on the sadness of celebrating Eid during the COVID-19 pandemic – especially for those who can’t return to their hometowns. 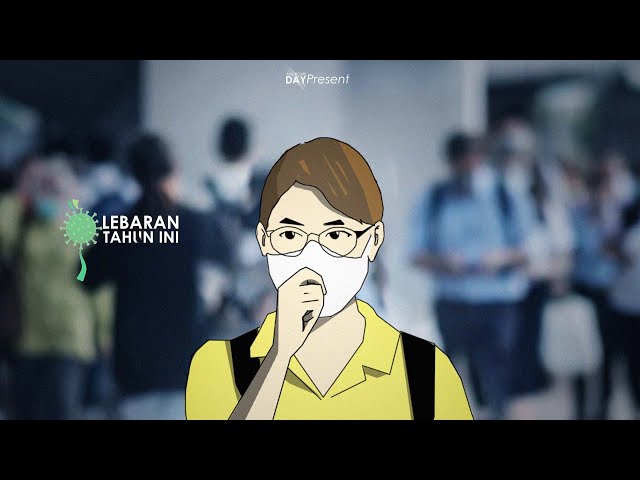 In addition to his anime tribute to West Sumatra, Reza also edited Elsa, a character from Disney’s Frozen, into a West Sumatran setting.

Instead of the blue dress that Elsa normally wears, she’s seen donning a songket dress and a suntiang, which is a traditional gold headgear that the Minang often reserve for special occasions such as weddings. Imagine what kinds of powers Minang Elsa has.

It’s always interesting to see what will happen if we put familiar things in a different context. As we can see from Reza’s anime-style West Sumatra project, looking at a place we know from a different perspective can help us appreciate it more. Mount Semeru Reopens This Month After Closing In 2019, To The Excitement Of Campers & Trekkers
Hanoman Hotel In Batu Has Cabins Modeled After Padang’s Rumah Gadang With Outdoor Private Bathtubs